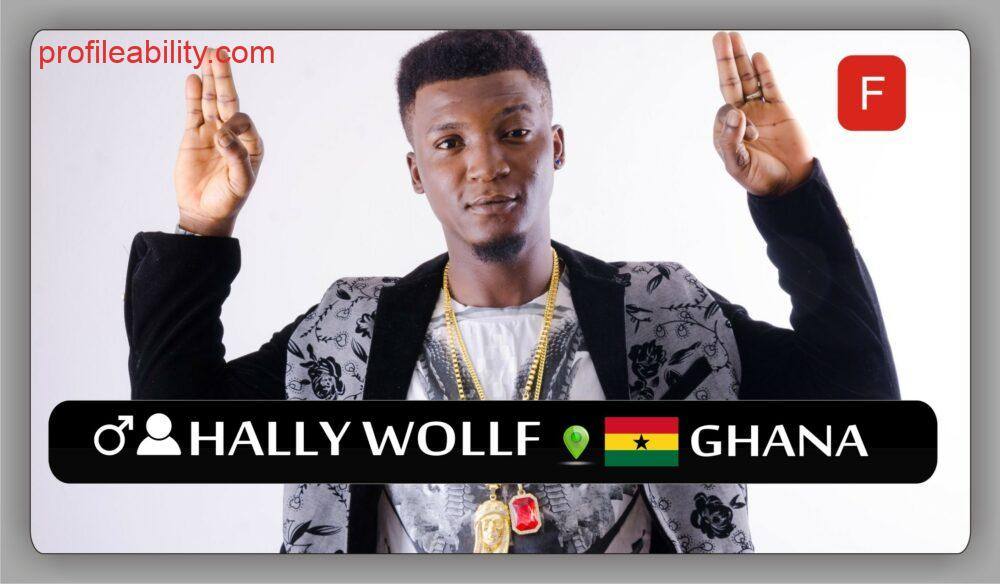 Hally Wollf known in real life as Wilson Annor Clement was born on August 19th to a very humble and loving parents of blessed memory,  “Hally Wolf”, as he is affectionately known in the entertainment circles is the next biggest thing to happen in Ghana and Africa as a whole. An in-depth and dispassionate look into the life of this multi-talented musician shows that life is not a bed of roses but with determination and perseverance,  destinations of life awaits us.

Music has been part of Hally Wolf since his childhood days in Cote D’Ivoire. His late mom was the first person to discover his musical potential through his enthusiasm shown on Sundays during musical sessions in church. His mom would write down new songs they were taught in church and will take her time to teach young Wilson and sing it together in the house. Those are fond memories of childhood and happy days he spent with his mom.

Hally Wolf has been in music for twelve years now. His professional musical career began when together with some friends living in the same neighborhood; they founded the South Ridge Central (SRC) Entertainment and began recording their songs onto compact discs in amateur sound studios in 2009. Notable members of SRC Entertainment included Y-front, Yung Kurrency, Ben Dennis, Lisa, Molers, Chika Chiks, and Top Shatta with  able sound engineer Beat Killer. Everybody in the hood was  part of the SRC Entertainment. They staged their own shows in the neighborhood, went to perform on radio stations, did rap battles and also sought shows to play both within and outside our city. Hally Wolf was one of the leading and vibrant performers in the group and won the hearts of audiences anywhere the crew performed.

Hally Wolf has recorded a lot of tracks and has a lot of hits like Found Love, Pretty Girl, Daddy B Girl; I’m In Love, Friday Party. Hally Wolf also launched his promotional CD in 2013 and it has been doing very well. His creativity and great passion for music has led him to perform on the same stages with some of the renowned faces in the Ghana music industry. He has also performed for humanitarian causes like Ebola Awareness Campaign, Equal Human Rights for Every Person, Anti- Malaria Campaign, Hand Washing Sensitization, among others. Hally Wolf has performed in numerous private social events like birthdays, weddings, school open days, beauty pageants, among others. Hally Wolf has also won laurels with the most recent being the Best Creativity in the Brong Ahafo Music Awards with his track Found Love. The sky is not the limit, but the beginning as Hally Wolf will always say.

Hally Wolf is very ambitious and it is his passion to always make good music. It is the dream of Hally Wolf to show the world the stuff he is made of. Hally Wolf can sing melodiously and he is also a very good rapper. Hally creates spectacular rhythms out of almost every sentence that comes out of his mouth. People who have had the chance to watch him perform or listen to his music believe Hally Wolf is the next big thing that will explode from the shores of the African continent. He fuses traditional African rhythms with the modernity of hip-hop music. His genre of music is Afro-fusion and his audience cuts across all the age groups as he has music that meets the taste of every age group.

Hally Wolf also takes a great interest in helping destitute children in his own little way by playing charity shows and helping them with the proceeds. He is looking forward to providing full scholarships to a lot of children and with this he is yet to be implement a project “Nothing is Too Late”

Hally Wolf believes every person was created uniquely and each person came with their own talents. It is his long term objective to organize Soul Searching Sessions which is an interactive program that will be carried to Basic Schools to help the kids identify their talents and also how they could develop those talents without loosing sight of their education. 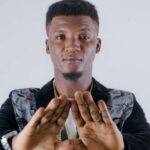 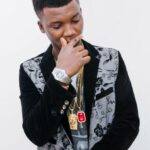 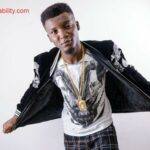 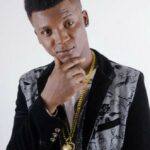 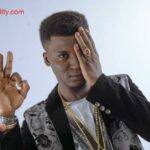 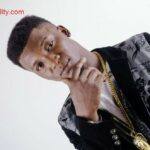 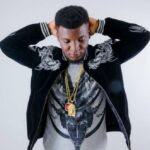 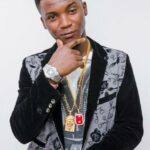 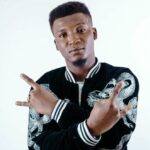