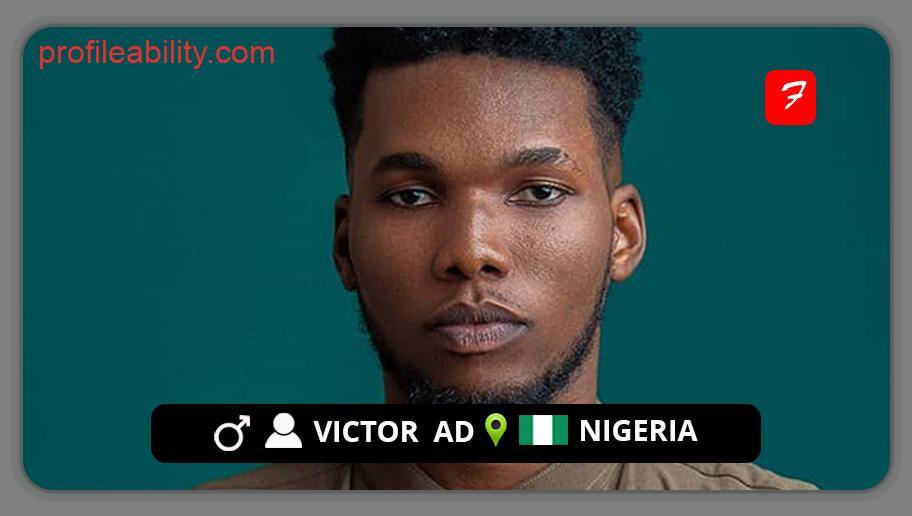 Victor Eugenie Adere is the true name of Victor AD, the crooner of the 2018 smash “Wetin We Gain.” The Nigerian-born singer is a fast-rising Afro-pop sensation, composer, and recording artist who was born in Kirikiri, Apapa, Lagos State on August 2, 1993.

He hails from Ugheli in Nigeria’s Delta State. He attended Heritage International School in Lagos and Ekpan Secondary School in Warri. He then went on to Federal Auchi Polytechnic to study Electrical Electronics Engineering.

Victor started his music career after graduating from high school in early 2014. His debut hit, “Jowo,” was produced by Kulboybeat and became the theme song for Radio Continental. In 2017, he released another track, “No Idea,” the music video for which was produced and directed by Cinema House Images in late 2018 and was approved by Nigerian television stations after it went viral.

On 17 June 2018, he unveiled his mega-hit single “Wetin We Gain”, a motivating and inspiring song that became an immediate success and catapulted him to prominence. The song resulted in his discovery by Longitude Promotions in 2018 and a record deal with Etins Records, a Ghanaian label.

On August 2, 2019, he released ‘’RED EYE,” a 7-track album dedicated to all ghetto youngsters striving to make ends meet.

Victor, who has swept the Nigerian music industry with his aesthetic mastery of lyrics and inspirational-infused tune, has established himself as a powerful force in the local and worldwide music arena.