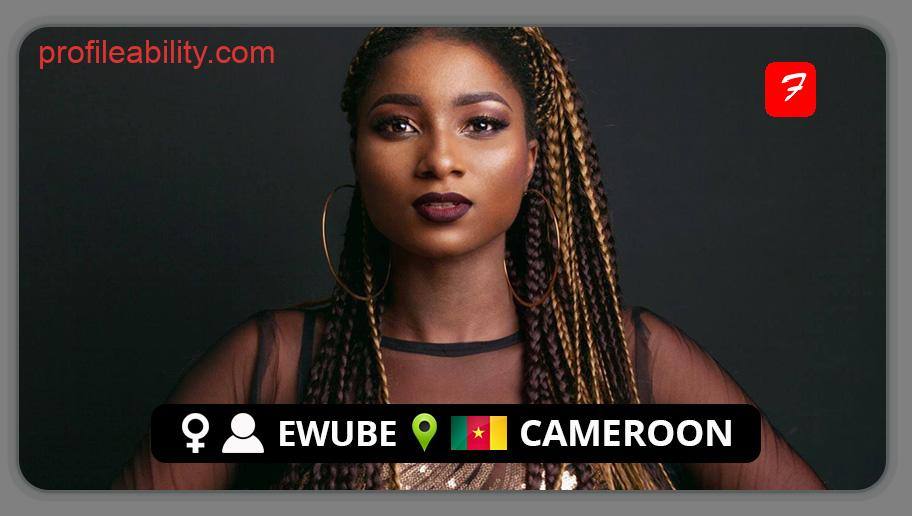 Jennifer Ewube is a Cameroonian dance hall and R&B Diva who is rising through the African music ranks with her distinct voice and enticing figure The singer/songwriter and performer was born on May 31, 1994, in Mamfe, Cameroon’s South West Region. Because of the ease with which she sings, she has been dubbed “African Rihanna” and “Queen of Camer hip hop.” Ewube has made dancehall one of Cameroon’s house whole sounds, creating up a niche for artists with similar sounds.

She has always had a strong passion for music and looks up to Beyoncé, Rihanna, and other industry icons. Ewube holds a bachelor’s degree in economics from the University of Buea in Cameroon.

She made her professional debut after signing with Top Music Inc Label, where she released her first single “Party All Nyte,” produced by one of Cameroon’s best beat composers SlimBeatz, in 2013. The official video for the popular song was shot on November 27, 2014, and directed by Didiblaise, one of Africa’s most talented videographers. She came to popularity, though, after releasing the song “Trowey,” which featured Rude Bwoi, in 2015.

The two tracks earned her nominations for awards like the CAMEE Awards and the Urban Jamz Awards, among many others, in the category of Best Female Artist, with famous names such as Challotte Depanda and others.

In 2016, Ewube produced another hit track, “Pop it,” which got her a nomination for the country’s most prestigious award, “Canal D’or 2017,” as Best Female Urban Artist. She released the music video for her club smash “Choleh Me” in early February 2017, as well as the visuals for her “Fall 4 U” single in July 2017.

She was nominated for “Best Female Central Africa” at AFRIMA and “Best Dancehall in Africa” at the 2017 African Entertainment Awards in the United States, with stars like Partoranking, Shatta Wale, StoneBwoy, and others.

Her ability in delivering in many different genres, such as Afro-pop and Afro-beat, makes her a well-rounded performer. Ewube, who is very meticulous about her creativity and her ability to communicate her art and sound in English, French, and pidgin, is well on her way to gaining a wider audience and spreading her music globally.

My women's Day words of motivation