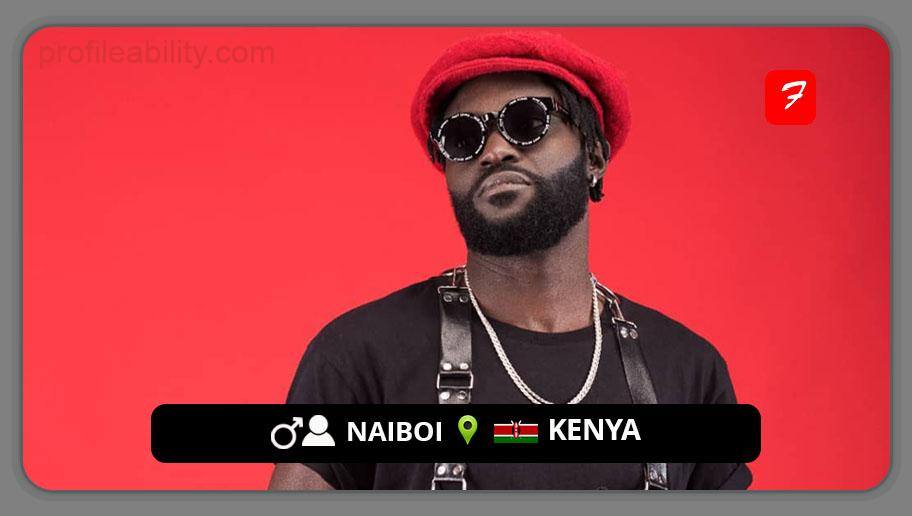 With the release of his collaboration single “Welle Welle” with Timmy Tdat in 2014, Naiboi acquired notoriety and recognition in the Kenyan music market as a recording artist of note, followed by “Daktari” starring Frasha in 2015.

For the record, he was chosen as one of the Kenyan musicians to appear in the 2019 season of Coke Studio Africa. Also in 2018, Naiboi’s single “2-in-1” received two nominations for Male Video of the Year and Viewers’ Choice of the Year at the 2018 Pulse Music Video Awards (PMVAs).

with the goal of nurturing young talents into full-fledged performers, he set up his record company and has signed on up-and-coming talents.

Naiboi has continued to top various charts as one of Kenya’s biggest performers, propelling Kenya and Africa to a worldwide stage.