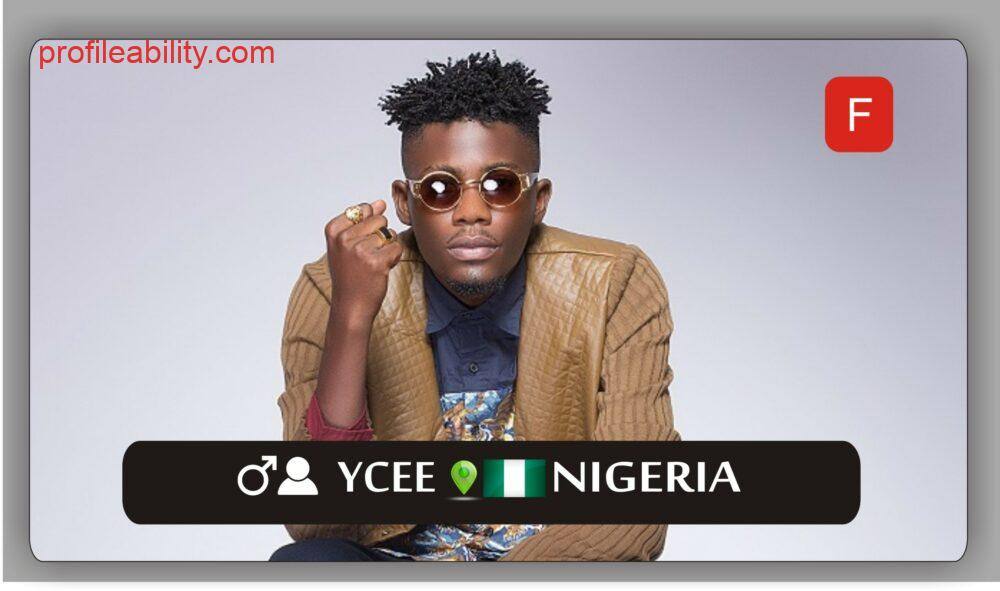 Oludemilade Martin Alejo (born January 29, 1993), popularly known by his stage name YCEE, is a Nigerian rapper and songwriter currently signed to Tinny Entertainment. He rose to limelight after one of his singles titled

“Condo”, which features vocals from Patoranking, earned him two nominations at the 2015 Nigeria Entertainment Awards. He was also nominated in the “Best Artist in African Pop” category at the 2015 All Africa Music Awards.

YCEE was born in Festac Town, a town in Lagos State, Nigeria, where he completed his basic education at Dr. Soyemi Memorial Nursery and Primary School. He went on to complete his secondary education at the Nigerian Navy Secondary School in Ojo. He is currently studying Marine biology at the University of Lagos .

YCEE started his music career in 2012 as an underground rapper prior to signing a music contract with Tinny Entertainment. Due to his educational engagements, he took time off music after gaining admission to the University of Lagos.

In May 2015, YCEE made a comeback after releasing the critical acclaim song “Condo”; the song was nominated in the “Best Collaboration of The Year” and “Best Music Video of The Year” categories at the 2015 Nigeria Entertainment Awards.

On 20 July 2015, he released a single titled “Jagaban” which received massive airplays and made him more popular among music critics, including Olamide who asked to be featured on the remix.