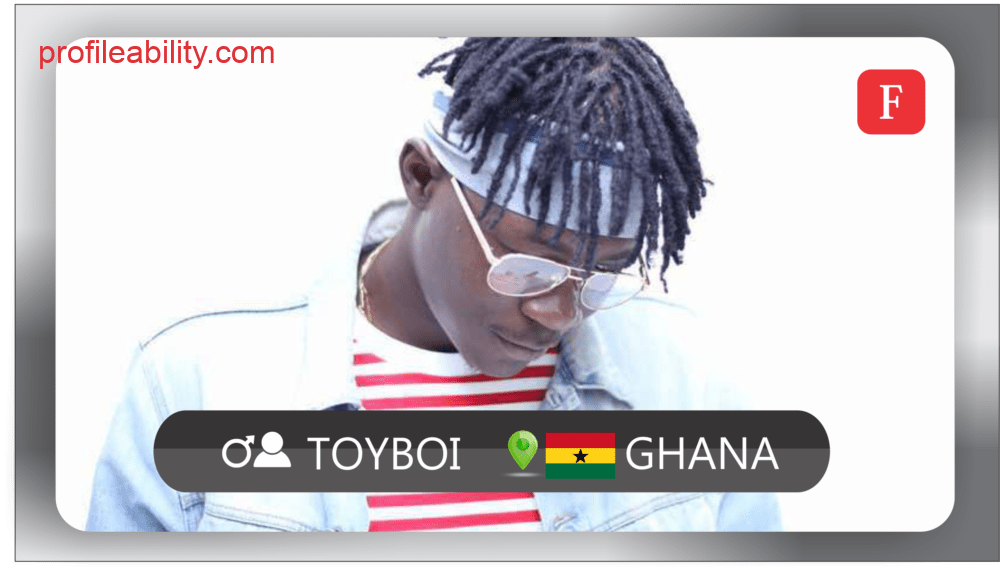 Toyboi , born Brian Martey is a Ghanaian Afro-pop and hip-hop artiste who hails from Teshie but resides in Osu, Accra.  He stands out with his kind of rap because he blends English, Twi, Ga and Pidgin.

He burst onto the music scene after videos of him doing freestyles with his ‘Bar4Bar Wednesday’ series caught the attention of some industry players like Stormzy, Efya, Sarkodie, Reggie Rockstone, Jayso, Tinny, Omar Sterling and Mugeez of R2Bees.

Toyboi got signed to Supernova Records in 2017 and has four songs such as ‘Love Me’, ‘Adoley’, ‘Somtin’ and ‘Don’t Bother’ out under the record label.

Toyboi - Do or die (feat. Kelvynboy)

Toyboi - Somtin (Behind the scenes)