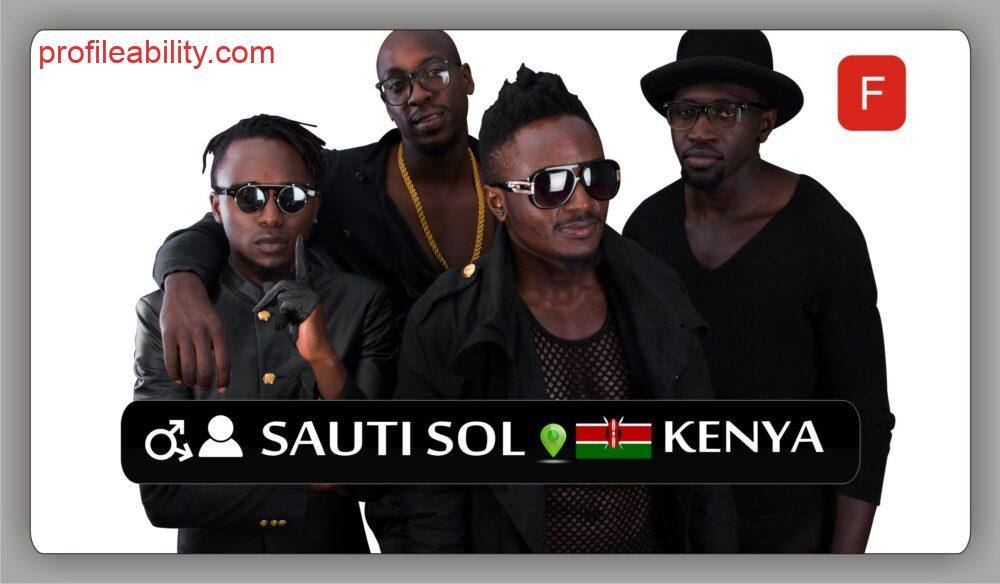 Their mélange of energetic rhythms has promoted the group to become one of Africa’s most celebrated and East Africa’s pioneers of a fresh sound that has inspired the sprouting of many other bands from East Africa.

The band has produced their brand new third album, Live and Die in Afrika – Released in Novemeber 2015.

A tour through Europe in 2010 took Sauti Sol to Sweden where they made a television appearance and recorded their sophomore album, Sol Filosofia. In February 2012 they debuted at the Festival sur le Niger in Mali where they were performed alongside some of their African idols: Habib Koite, Salif Keita and Lokua Kanza. In 2011 and 2012 the band performed at the South by Southwest Music Festival (SXSW) in Austin, Texas. In June same year, they performed at the Kalorvy Vary International lm festival and Colours of Ostrava 2012, Czech Republic’s biggest music festival. Between Sept-Dec 2012, Sauti Sol signed with Kenya’s Niko Na Safaricom Live Tour transporting their renowned electric live performances to their fans in major Kenyan towns and cities.

An alchemist, a seeker of sense, a kindler of the essence, Lúcia de Carvalho is an Angolan-born diva whose voice conveys healing and transformative energies, and whose drum transmits the voice of the ancestors, encouraging us to reconnect with our...
Categories: Afro SoulArtiste Kenya
Tags: Sauti SolSauti Sol BiographySauti Sol MusicSauti Sol Profile