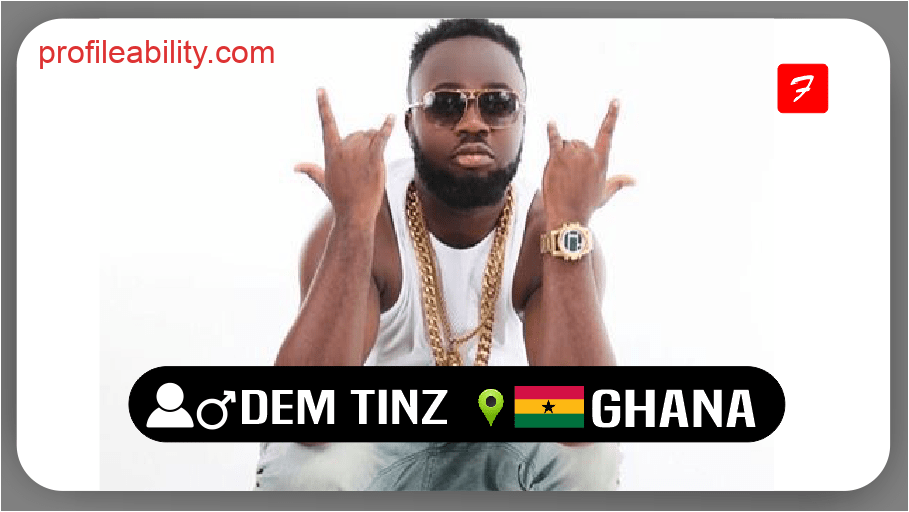 Dem Tinz is the stage name of Emmanuel Akesseh, a Ghanaian Rapper, songwriter and recording artist who was born and raised in Greater Accra, Ghana in the Western part of Africa. He was born to his mother, Mary Nyarko and Mr Kofi Akesseh, all from Ajumako Bissease in the central region of Ghana,

Dem Tinz is often found rapping in his native language, Twi, for this he’s known to be an all-round rapper due to the various styles he uses in rapping. He’s greatly recognized as one of the best fast rising rapper because of the talent he has in freestyling off the head with existent matters occurring in our world. In the year 2013 he was honored With High school Entertainer of all time in the 2013 High School Entertainment Awards. As a result of his remarkable stage performance and talent,

Dem Tinz has had the privilege of performing on the same stage with Most of the A list musicians such as Samini, Sarkodie, Kwaw Kesse, Edem, Stonebwoy, Obrafuor, EpiXode amongst many others. He is widely loved by many around the world.
With a talent like his, we are guaranteed Gh Rap life has a great future

Mahnny - The end of the wicked

Mahnny and Akesseh Foundation Party with the needy on Christmas

Mahnny - Am Back (Viral Video)

Mahnny - Will Do Family (Official Video)