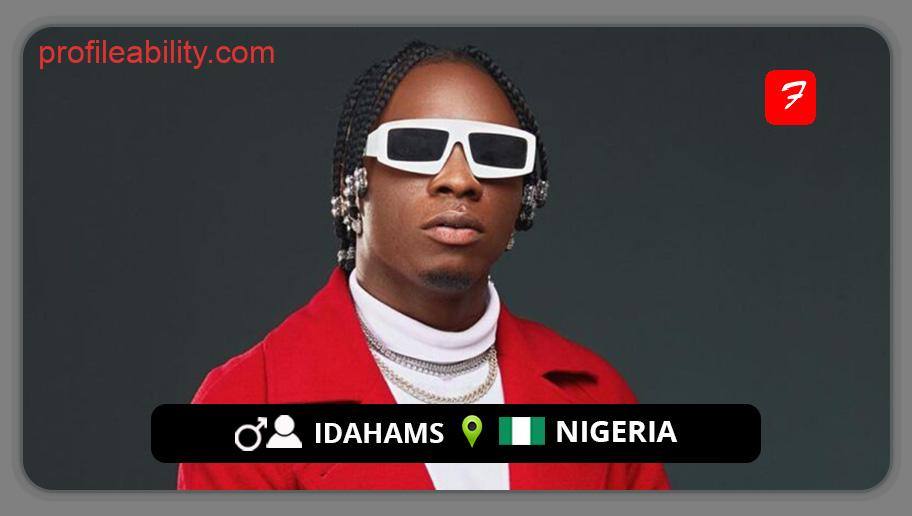 Hart Idawarifagha Ishmael, also known as Idahams, is a Nigerian hip-hop artist known for his distinct ability. He’s a singer, producer, songwriter, and performer in one package.

The singer, songwriter, and producer, who hails from Rivers State’s famed Bonny Island, has been groomed for success from the age of ten when he began learning to sing and play musical instruments at his local Anglican church. His elegance is now ingrained in both his music and his persona, both of which are greatly inspired by his Southern Nigerian heritage.

After signing a record deal with Grafton Records in 2016, Idahams’ career took off. In 2018, he got his debut on Mr. 2Kay’s “God Can Bless Anybody,” which he followed up with his own smash track “No One Else.”

Collaborations with artists like Seyi Shay and Peruzzi, who were included on the remix of his track “Shima,” have often been his musical highlights. He’s worked with Duncan Mighty, Mr. 2kay, and a slew of other artists as a producer and songwriter.

Idahams - Where I’m From (Official Audio)

Mystory! My truth! My reality! My past! My present!Poured it all out on my debut project
«
Prev
1
/
5
Next
»