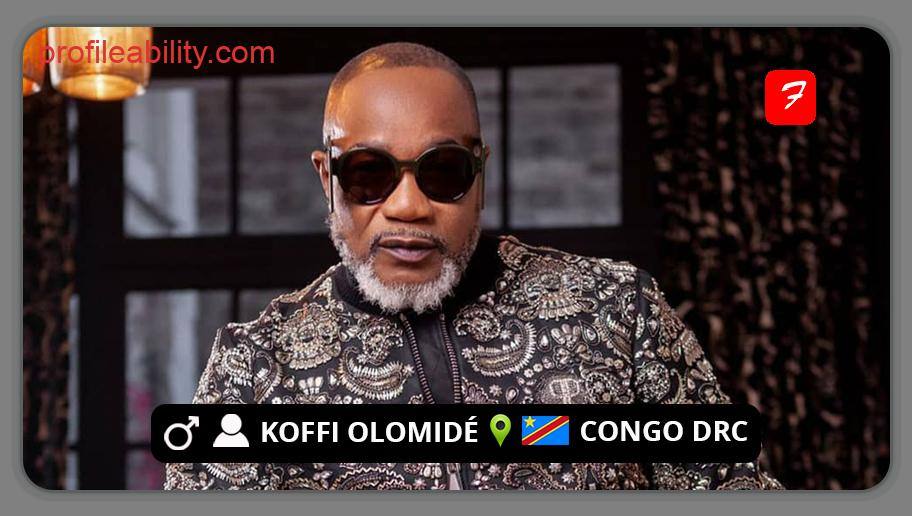 Koffi Olomidé is a Congolese singer-songwriter, performer, producer, and composer whose real name is Antoine Christophe Agbepa Mumba. He founded the Quartier Latin International orchestra, which has several well-known musicians such as Fally Ipupa.

Koffi Olomidé Olomide was born on July 13th, 1956 in Kisangani, DRC, to Aminata Angélique Muyonge and Charles Agbepa. He improvised by singing popular tunes with his own lyrics and modifying rhythms until a neighbour taught him how to play the guitar.

Olomide was awarded a scholarship to study business economics at Bordeaux, France. He graduated from the University of Paris with a master’s in mathematics.

Koffi Olomidé rose to prominence in 1977 as a lead vocalist with the song “Princess ya Synza,” which he sang in a trio with Papa Wemba and King Kester Emeneya.

Koffi Olomidé’s debut album, “Ba la joie,” was released in 1979 with Papa Wemba and Viva La Musica members King Kester Emeneya and guitarist Pépé Félix on board. The album “Diva,” released in 1985, was a watershed moment in his career.

He has had numerous gold records during his career as he has progressed from success to triumph. With his unique style, the Tcha-Tcho, he became an iconic personality in African music, winning his first gold record in 1994 for his album “Noblesse Oblige.”

He is the first Black-African artist to debut and fills the legendary Bercy Hall, and one of only twelve African musicians (and the only Congolese) to be mentioned in the 1001 albums you must listen to.

Today, koffi olomide is regarded as a cornerstone of not just Congolese music, but also African music.