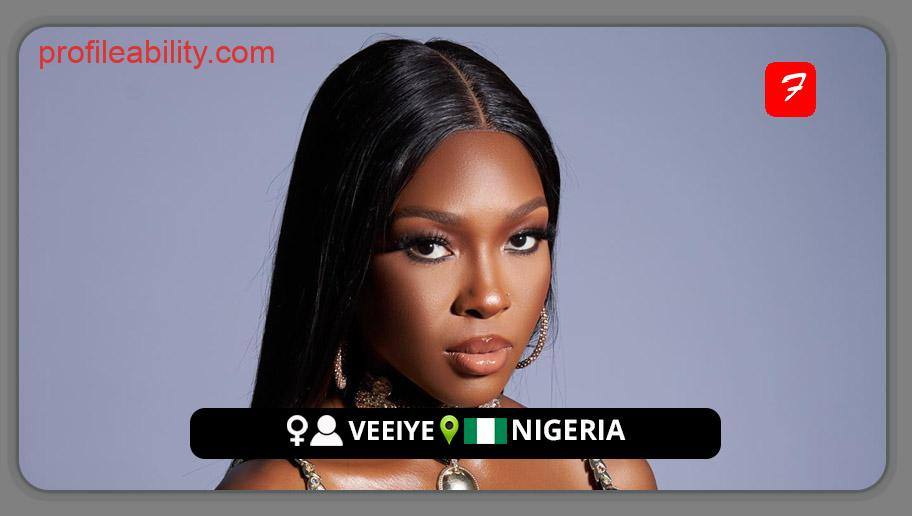 Victoria Adeleye, better known by her stage name Veeiye (Vee), is a British-Nigerian singer, songwriter, producer and ex-housemate of BBNaija. Her deep vocals and silky harmonies give her a unique style that sets her apart.

With ambitions to become an Afro-pop singer and Tiwa Savage as her major inspiration, she combines the best of both cultural backgrounds, ensuring that her trip between the two nations conveys a story to her audience.

She started her musical journey in 2016, and she’s been honing her style ever since, attempting to strike a balance between R&B and Afrobeats in her songs. Her first track, “Ecstasy” ft. Afro B, was released in 2017 and was included on the popular Spotify Afro-Bashment playlist.

Veeiye’s has received over 4 million streams across many music platforms. “Show,” “On and On,” “Feenin,” and her most recent EP, “Young & Reckless,” are just a handful of her offerings.

Veeiye - Do It (Official Lyric Video)

My debut EP “Young & Reckless” is out OCTOBER 8TH! Are you ready? ❤️‍🔥