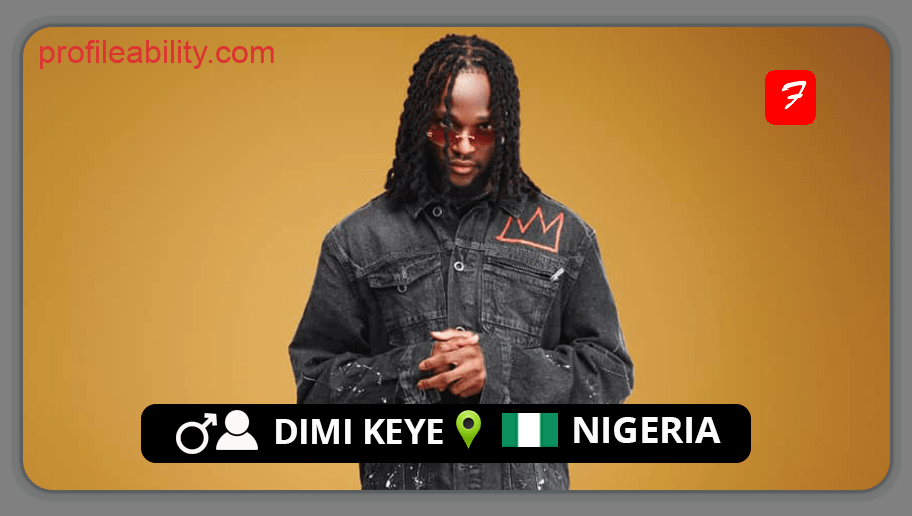 “My genre is Afro-fusion, I am not just centered in Afrobeats or Afro-pop. Because of my R & B roots, there is a fusion between Afrobeats and R & B. I grow with sound and I enjoy experimenting with sounds and different genres with Afrobeats being the pedal.

Dimi Keye launched his career in 2021 with the release of his debut EP “Afrocentric”. In his debut EP Afrocentric, Dimi teams up with the likes of Ramoon, Retro, Kapentar, Blaqbonez, and Mystro.

“My genre is Afro-fusion, I am not just centered in Afrobeats or Afro-pop. Because of my R & B roots, there is a fusion between Afrobeats and R & B. I grow with sound and I enjoy experimenting with sounds and different genres with Afrobeats being the pedal. In the end, when you hear my sound, I want you to know this is Dimi.” – He said in an interview with The Guardian

His crisp vocals and unique style of writing crafted over the years is a strong point and he is inspired by the likes of Selah Rue, Saint Jhn, John Legend, Burna Boy, Wizkid.