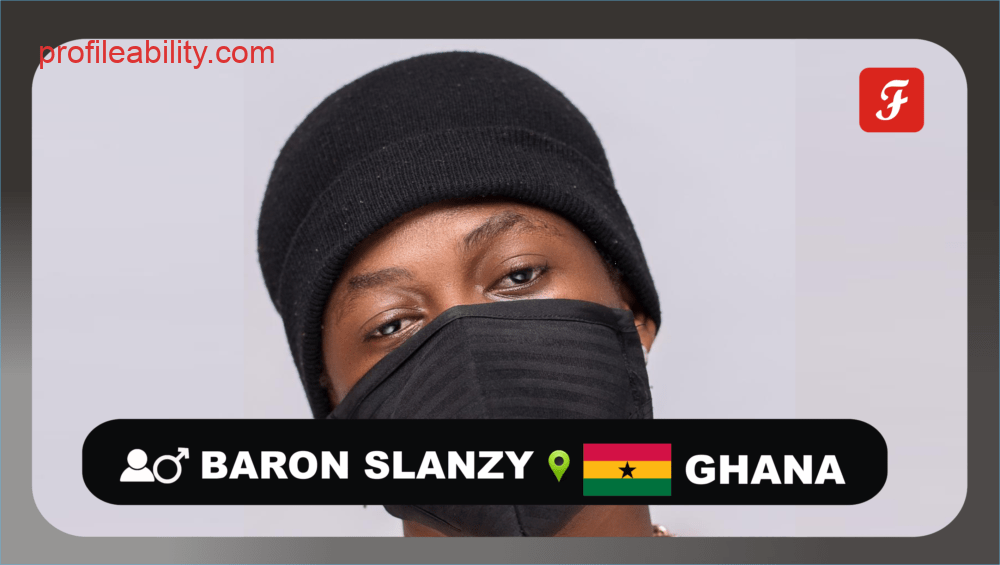 He began his musical career profession in 2014 during his Junior High School times. He is also in the fashion scene, which He heavily influences the majority of Ghanaian Youth with an incredible and outstanding way of his Fashion sense and the style and concept of photography.

In the year of 2016, He was Awarded as Fashionista at the “Ghana Teen Choice Awards” which was held at the World Trade Centre, Accra -Ghana.

In the year 2017, He was also Awarded in his Senior High School “St. Johns School”.

Baron is currently in the studio cooking something for his fans in terms of afrobeat music, expect more from him in the upcoming years.

Baron Slanzy - U Sure (Audio Slide)