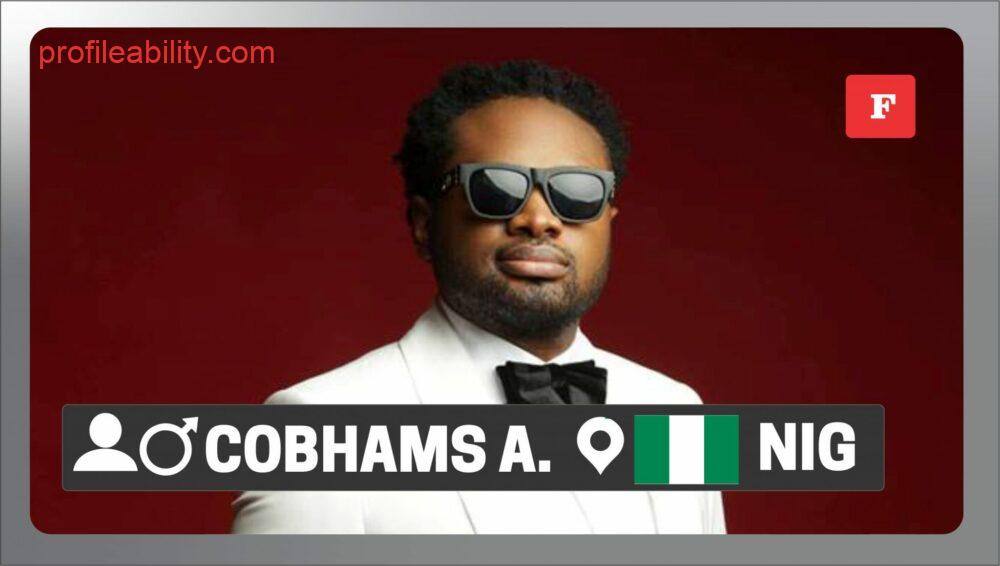 Cobhams Emanuel Asuquo is a Nigerian-born songwriter/music producer/singer who started his academic training as a lawyer, but veered into music full-time to fulfil a lifelong desire he nurtured, (although admittedly silently)! Twelve years of consistently working at his inner calling have today rewarded Cobhams with a name that is synonymous with versatility, musicianship and top-quality in the Nigerian music industry.

Cobhams is presently the CEO of Cobhams Asuquo Music Production (CAMP), an all-encompassing entertainment company based in Lagos, which has a focus on discovering, nurturing and exposing extraordinary talent as well as creating different forms of audio content for corporations and the media alike.

He was for several years signed to Sony ATV (Sony Publishing) London as a songwriter and has won awards in music as well as other fields of interest.

More recently Cobhams struck an explosive musical partnership with Nigerian alternative soul sensation Bez who became the first artist to be released on the CAMP label with the launch of his 15-track “Super Sun” album (2011).