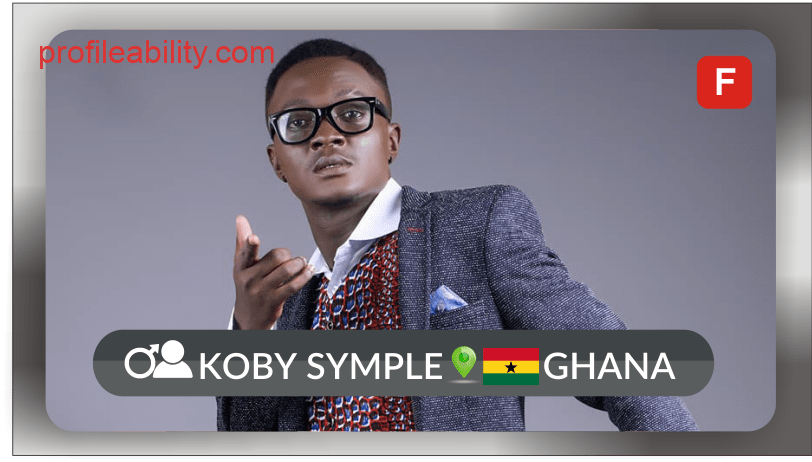 Koby Symple born Godfred Kobina Abavana is a young and energetic highlife musician coming from Cape Coast in the Central Region of Ghana. He has a Grusi and Fante background which is very unusual in this part of our world.

Completing Assin Manso Senior High School at his second level of education, Koby Symple further went to pursue a first degree in Education from the University of Cape Coast which afterwards made him a professional teacher.

Not satisfied with his job as a teacher, Koby Symple laid off his profession as a teacher and moved from Cape Coast to Accra in 2014 to do full-time music which was his dream since infancy. Koby Symple recorded and released several songs including Adiza which features top rapper Sarkodie, Osookoo and Dede which also features 7-times VGMA nominee rapper Medikal amongst others. He enjoyed enough airplay with these releases.

Koby Symple has a unique twist to highlife which really draws a very thick boundary between him and other singers. He is also referred to as “African Gentleman” as he is always branded with a blend of African prints which makes him stand out.

Aside from doing music, Koby Symple is also a voice-over artiste where he has been featured in several commercial adverts like Vodafone Cash, Vodafone Ekikime, Special Energy Drink, Bond Savings and Loans, and others.

Koby Symple targets to be the greatest Highlife singer in the world.