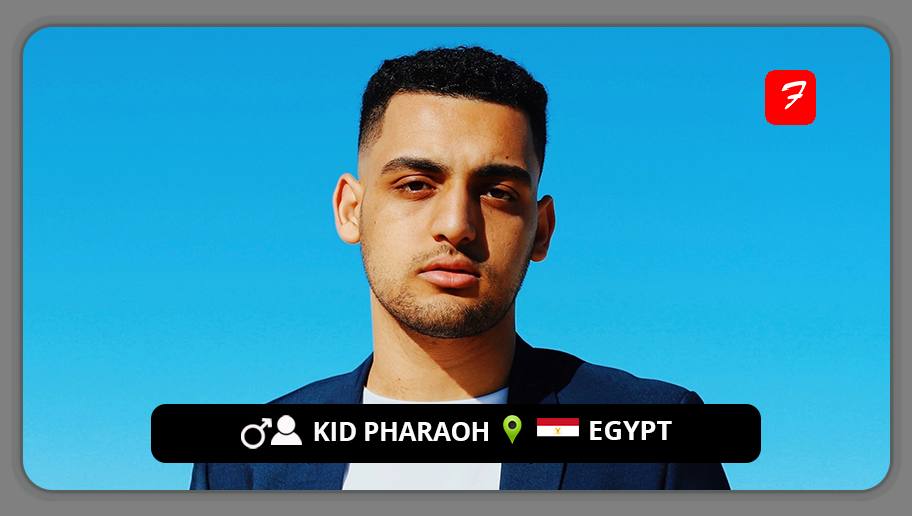 Kid Pharaoh, an Australian-Egyptian rapper, depicts evolution and revolution via his superb flows. Pharaoh’s driving force has always been forceful delivery and incisive poetry combined with skilled production and energizing live performances, all while unabashedly offering a raw and distinct voice for an underrepresented Arabic community in Australia.

The young rapper came to the limelight pushing boundaries following the release of his 2018 single “Jesus Looks Like Me,” a lyrically rich and impactful track that caused a stir and instantly cemented Pharaoh’s place in the rap universe.

With each project he releases, Pharaoh delivers each piece with continuous sonic and visual innovation, a quality that is largely influenced by his work ethic and ensures that no project is ever the same as the last.

The producer of every song, the writer of every lyric, and the director of every video, Kid Pharaoh’s creative energy is one that never ceases to break barriers and defy expectations.

Breaking News: the British Museum is under attack 🇪🇬 #shorts

British Museum - the making of the beat #shorts

Things to do in London - raid the British Museum #shorts

British? We call this the Egyptian Museum now 🇪🇬 #shorts

“First flight out to London hit the museum like Killmonger 🙅🏽‍♂️” #shorts

“The British Museum in an active crime scene” #shorts