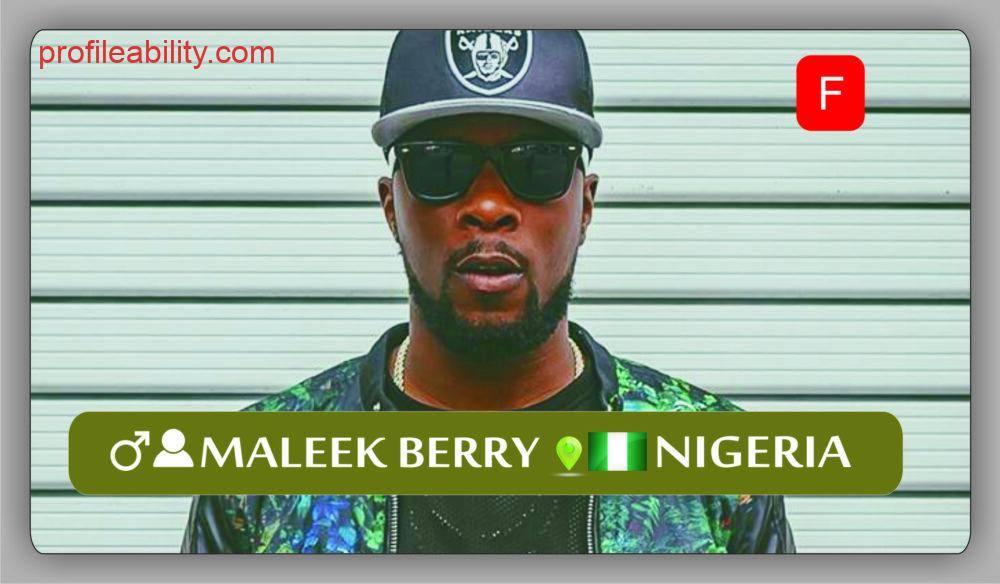 Born in the heart of South London, Maleek Berry – real name Maleek Shoyebi – grew up listening to some of the biggest names in R&B from Tevin Campbell, Boyz II Men, Jodeci and of course the one and only King of Pop, Michael Jackson. It was at this time, at just the tender age of 14 that he saw young stars break into the American music industry. Although worlds apart from the shores of London this did not deter him, but rather spark his ever-growing love of the music industry.

Like most, Berry started off his career in the church, forming a group with two close friends. Managing to get his hands on a little pre-production setup – Fruity Loops – the group began writing, producing and performing their own songs at the ages of 14 and 15, only to disband at 16. However, the experience didn’t leave Berry disillusioned, as he was the brains behind a lot of the group’s records and they all remain very close to this day.

Fast Forward to 2009, Berry spent years working on his craft in between formal education – attaining a bachelor’s degree in Computer Science – learning to play the piano by ear, which has played a major part in the maturity of his sound. Even with this big achievement, he knew deep down what his true calling was – music.

Being the creative soul that he is, Maleek Berry wasn’t satisfied with only working on his home turf, but wanted to spread his wings to the Motherland. In the summer of 2011, he flew out to Nigeria for a family holiday, but managed to take advantage of this trip and make great connections that would later change his status to an international producer. Through good friend and artist Davido, Berry was able to spark relationships with artists such as Wizkid, Naeto C, and Wande Coal – of which he is currently working on records for. He also went on the produce the hit ‘Carolina’ (one of the biggest singles in Nigeria in 2011/2012) by Sauce Kid featuring Davido, which ushered Sauce Kid back into the Nigerian music scene after a brief hiatus and his 2013 smash hit single “The Matter” Featuring Wizkid. Maleek Berry has gone on to produce hits such as “The Matter” with Wizkid, “Baby Hello” for Wande Coal, “Lagos To Kampala” for Runtown and Wizkid and much more.

The last quarter of 2015 was another big one for Maleek Berry as he went on to executive produced Nigerian star Wande Coal’s highly anticipated sophomore album “WANTED”, which earned him a lot of respect in the music industry in Africa. Not only did he produce 9 songs on the album but also managed to nab a feature on Track 11 “Weekend” which has become a favourite with the ladies.

After building a solid production catalog and name for himself in the industry , October 2015 marked a major shift in Maleek Berry’s career as he took center stage this time with his first official solo release as an Artist entitled “For My People” featuring UK Rap artist Sneakbo. With positive reviews, an official video was released in January 2016 and play-listed on MTV Base UK & MTV Base Africa, including many others. The video “For My People” reached 100k views online in under 4 weeks, giving Maleek Berry a massive introduction into his solo career.

In April 2016 Maleek released the self-produced smash hit “Kontrol” which has gone on to become viral on the internet gathering millions of streams online across different platforms. The official video was released on his birthday in August and managed to get over 100k views in less than a week.

Even with all his achievements to date, who knows what the future holds for this young producer? In his own words, he plans to, “Create timeless music that will hopefully last longer than his generation”.