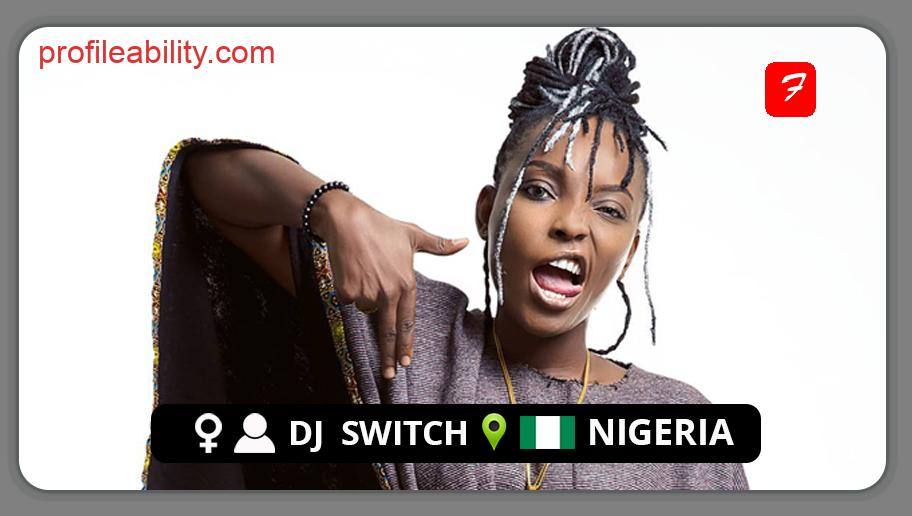 Obianuju Catherine Udeh, known as DJ Switch, is a multi-talented creative artist who quit a lucrative position with Halliburton to pursue a career in entertainment. She is a DJ, singer, rapper, and composer who has established a reputation for herself and carved out a niche for herself based on her expertise and skill.

DJ Switch was born on April 26, 1984, in Udi, Enugu State. He is the eighth child in a family of eight children. She was raised in Warri, Delta State, and then relocated to Abuja, Lagos, where she now resides. She is a single mother with only one child.

DJ Switch holds a degree in Geology from the University of Port Harcourt (UNIPORT) in Rivers State, Nigeria.

She started her career as a member of the Da Pulse music band, which went on to win the 2009 Star Quest reality music competition.

However, she shot to fame following her victory in the only season of Glo X-Factor in 2013. For her reward, she was endorsed by Sony Music and later secured a recording deal with Mr P’s P Classic Records.

Following her meteoric ascent to fame, she released the smash track “So Tey,” which featured renowned rapper Busta Rhymes. She has a number of hit releases under her belt, including “Clap for Dem,” “Whine,” “My Vibe,” “Oluwa,” and many more.

She also has to her credit several honours including a nominee of the City People Entertainment Award for Female Most Promising Act of the Year and the 2016 City People Award for Best Female DJ. In 2018, she was featured in the CNN editorial titled: Nigeria’s female DJs spinning against stereotypes.

On August 29, 2020, DJ Switch was invited to the BBNaija Season 4 ‘Lockdown’ performance as a guest DJ for the Saturday night celebration. DJ Switch wowed the BBNaija Lockdown housemates and fans for two hours with her incredible DJ abilities.