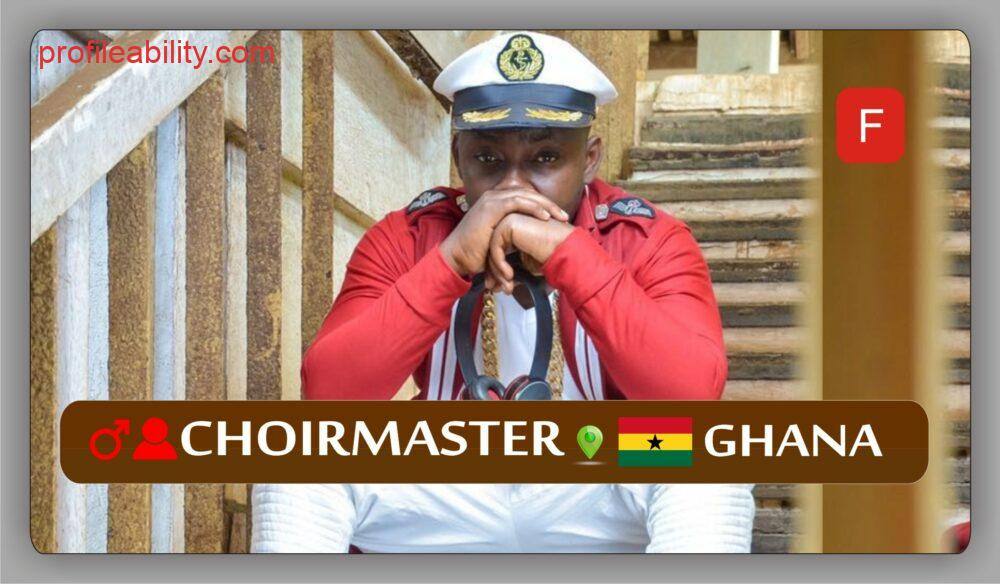 Choirmaster as he is known now is a musician whose silky voice and artistic appreciation of music has endeared him to many people for many years. The award winning artiste who has earned a lot of credibility and popularity as the leader of the defunct hiplife group, Praye, is pursuing a solo career now.

As a multiple award winning artiste, Choirmaster has graced the platforms of many big events in the industry. He is no stranger to the big stages such as the prestigious Ghana Music Awards, arguably the biggest entertainment event on the showbiz scene in Ghana.

His works has earned him a spot to perform with some world acclaimed artistes like 2FACE, AKON etc

But this journey to stardom didn’t come on a silver platter but hard work. After graduating from Presbyterian Secondary School, Presec, Legon, the ambitious young man with the vision of achieving his dream of becoming a star act joined forces with two other talented acts, Steven Fiawoo (Praye Tietia) and Nana Kwame (Praye Tenten) to form the formidablemusic trio, Praye.

Their first taste of success came when they won the maiden edition of the Nescafe African Revelation. The group grew from strength to strength and went on to win some prominent awards including the Best Group in West Africa at the KORA AWARDS in 2005.

But the family of Praye died when after Ten years, the group split to pursue solo interests and that split would birthed a new artiste, Choirmaster.
Since going solo, Eugene Baah, popularly known as Choirmaster has been committed to giving his Choristers (the name of his fans) nothing but good music. For an artiste worth his salt, Choirmaster has rebranded himself and he is set on nothing but to bring some vibrancy into the Ghanaian music scene with good songs.

His debut song, Ghana’s Most Beautiful, became the theme song of a popular beauty pageant show, TV3 GHANA’S MOST BEAUTIFUL, which gave him the recognition he needed to rebrand his career as a solo artiste. Some of his known songs are PULL HIM DOWN which was nominated for BEST HIPLIFE VIDEO OF THE YEAR during THE 2014 4SYTE MUSIC VIDEO AWARDS, OBSESSION, LAST BORN ft Black Rasta.
In his early thirties, Choirmaster is a native of Akuapim where his father hails from and traces his maternal roots to Sampa in the Brong Ahafo Region.
He is currently under the management and Record Label of BlueRoze Entertainment, a music label outfit committed to unearth young talents and help in the development of the music industry.

Choirmaster holds a degree in Filmmaking from the National Film and Television Institute (NAFTI) where he won the overall Best Animation student.

Most importantly, Choirmaster has strived to raise the consciousness of good music in his songs and that is what he hopes to achieve especially in the face of the stiff competition.

Choirmaster lives in TEMA . He is married to actress, Beverly Afaglo and they have a daughter, Violin.

His passion is to see the growth of the Ghanaian music industry and to grow his brand to become one of the most sought after artistes in Ghana and beyond.