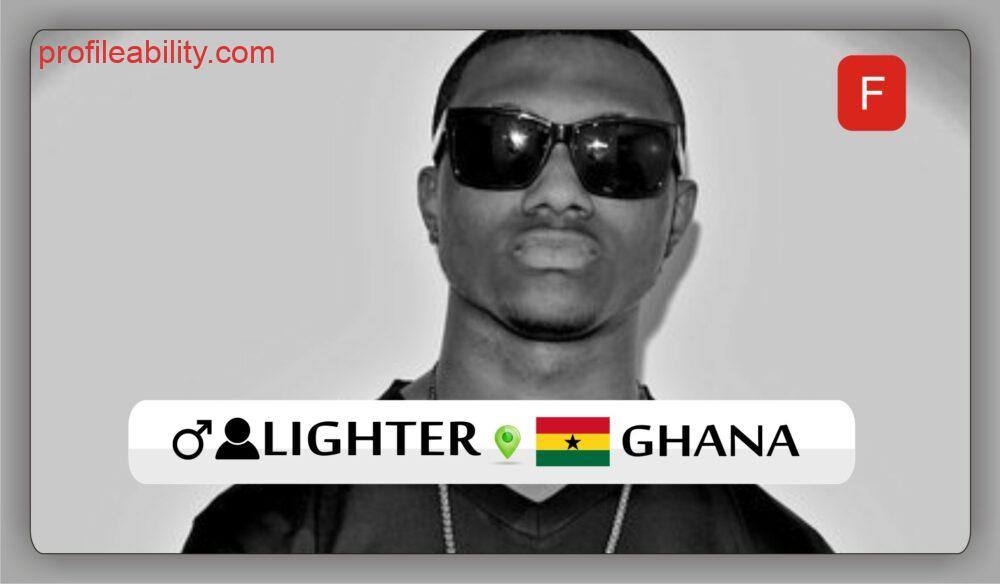 Lighter TOD whose real name is Evans Appiah was born on January 11, in Ghana, Africa. He arrived In America in 1996, at the age of 8 years. Evans was amidst the middle class, residing in the Bronx, N.Y. Since he was raised in the “hood”, he witnessed and experienced the hardship of “street life”.

Evans attended MS 391 middle school; where he gained the reputation of best rapper and was voted most likely to succeed.

Evans was an extremely gifted child, but it was his talent and skills that earned him the pseudonym “Lighter” from his classmates and nieghbourhood friends. Now deemed “LIGHTER the LYRICIST”. He had received the necessary encouragement to exhibit his talent publicly.

Lighter knows what he is about and has opened up for the whole Dipset Crew that includes Jim Jones, Camron, Juelz Santana and more. He also has a hot joint with Red Cafe who came to Ghana with Fabolous.
He also had the support of both mother and father, who were a strong force and great inspiration in his life. This enabled Lighter to defy the odds and remain focused on his goals and future career.

Lighter’s amicable personality has increased his fanbase, and his catchy hits have made him widespread. Lighter has performed at countless events and has done numerous solos. Filled with drive and determination to make it in the industry, Lighter continues bridging the gap to his sucess.

As his dreams gradually become reality, he exclaims ” It is a blessing and my time to shine”, ” I want to be heard and I will be heard”. Currently Lighter is working on his album titled “IT’S MY TURN”, and shopping his demos in search of a record deal.

As if knowing that he is destined for greatness and stardom, Lighter smiles while saying “Things are going so well and it just keeps getting better.”

So far he has laid verses with D-Black, Dee Moneey, EL, VIP, 2 Toff, Sarkodie, Joey B and more.

Watch for his video premiering in November which features the young man of the moment, Sarkodie and was shot in the states.