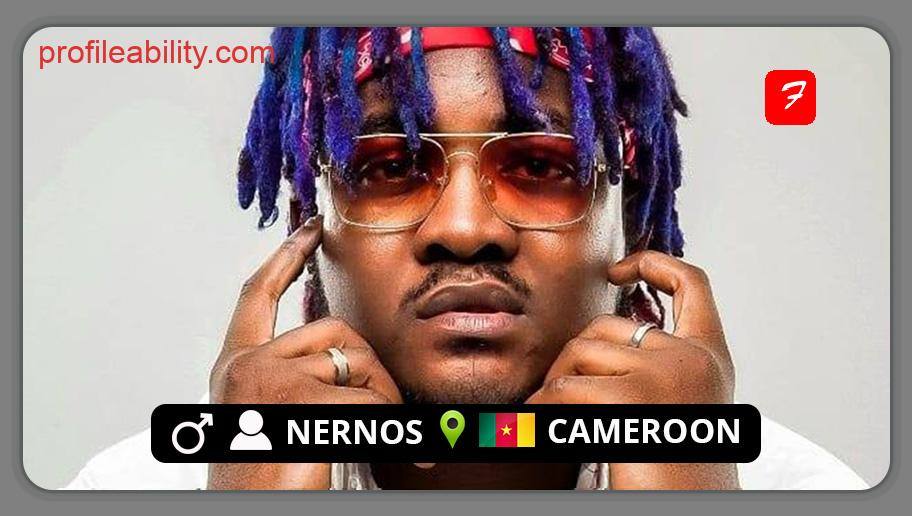 Nernos, known as LeKamsi is a Cameroonian street rapper and author who hails originally from western Cameroon. He is currently signed to his own music record label, Bex Music. He is well-known for captivating his fans with his distinct style, lovely melody, decent content, and outstanding flow.

Upon completing his secondary studies in the Central African Republic, he returned to Cameroon, where he obtained his Brevet de Technicien Supérieur in Banking and Finance in 2012.

Nernos, who had previously aspired to be a footballer, began a professional musical career after finishing his academic studies.

In 2015, he formally began his musical career. However, shortly after beginning his career, he released his debut single, “Je ne suis pas bobo,” in October 2015. The song went on to become one of the year’s biggest urban music successes.

The remix of the song later in July 2016 featured the likes of Toto Nyamsi, Mendieta, BTC, Sojip, Honey, and Rolk Le Parano.

In 2018, he signed with P-MATT Records and, as their lead singer, he released a track titled “Allo L’Argent”. The song was produced by Mr Elad of Slim Beatz with its official music video directed by Adah Akenji (futuristic director).

Since the beginning of his career, he has released several singles, including “Tchoko-Tcho,” “Bébé star,” “Buvez,” and “Mbappe.”