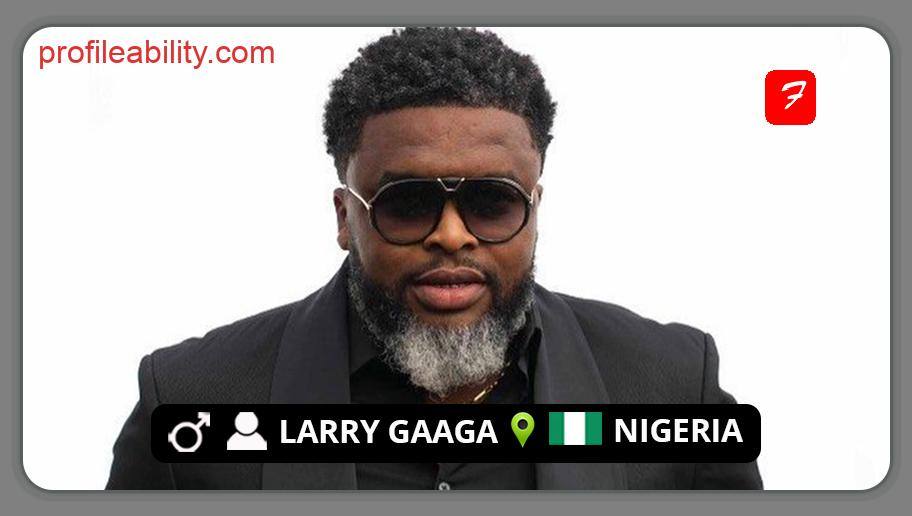 Larry Gaaga is a university graduate who received his diploma from the prestigious University Of Lagos. He earned his First School Leaving Certificate and West African School Certificate from reputable primary and secondary institutions, respectively, before enrolling in university.

Larry Gaaga had already conquered the Nigerian music world with a multidisciplinary blitz of songwriting, production, management, entrepreneurship, comedy, and, of course, singing, before repping his distinctive dance style alongside 2baba on the 2017 smash “Gaga Shuffle.”

Gaaga has gained increasing prominence and existence in the Afro-pop world, from his early career beginnings in 2012 as the General Manager of YSG Entertainment, managing the career of rapper Vector and being featured on occasional tunes to starting his own label, ‘Gaaga Muzik,’ and scoring major successes of his own with the Davido collaboration “Doe,” and Wizkid 2019’s “Low.”

Making his own creative breakthroughs, he has recorded a number of great hit songs over the years, including “Doubting Thomas,”‘Slow Burner,” “Owo Ni Koko,” “Hold On,” and many more. He became a household name in Nigerian music after establishing his blossoming empire.

Gaaga is an oil and gas executive who is on the board of KL Oil and Gas, in addition to music.