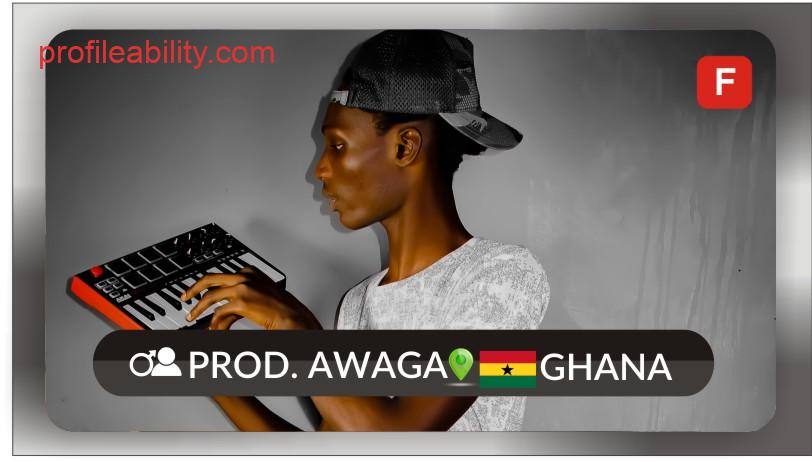 Albert McCarthy is the real name of the Ghanaian Producer and Sound Engineer, ProducedBy Awaga. Born on the 20th of August 1993 in Ashaiman-Ghana where he is currently based, the producer is well known in his circles as one of the best from his city.

Completing Ashaiman Senior High School in 2014, ProducedBy Awaga started producing music professionally under the guidance of Beatz Dakay (CEO of the Too Easy record label), “Beatz Dakay taught me everything I know, I do not joke with him” – he said. His productions include Dancehall, Hip-hop, Hip-life, Hi-life, Reggae, Pop and RnB.

ProducedBy Awaga is noted for producing Enku Lenu, We Made It (featuring Mugeez) and Guy Guy all by Stonebwoy and also did “Live In Love” off Stonebwoy’s Livingstone EP which had a Grammy Award consideration. He produced “Jah Love”, “Support” and “New Year” by Eye Judah, “Sugar” by DxD and “Jah Jah” by Netherlands-based Ghanaian reggae/dancehall artiste Dominique.

ProducedBy Awaga produced the “Shanti Riddim” which had 30 artists on the original and over 15 artistes ridding the riddim separately including Epixode, Qwame Decash, Teephlow, Renner, Xhila Roy,Okra Tom Dawidi, Kahpun,etc.
He has produced for the likes of Stonebwoy, VVIP, Ras Kuuku, TeePhlow, DxD, Eye Judah,NC Dread amongst other artists.