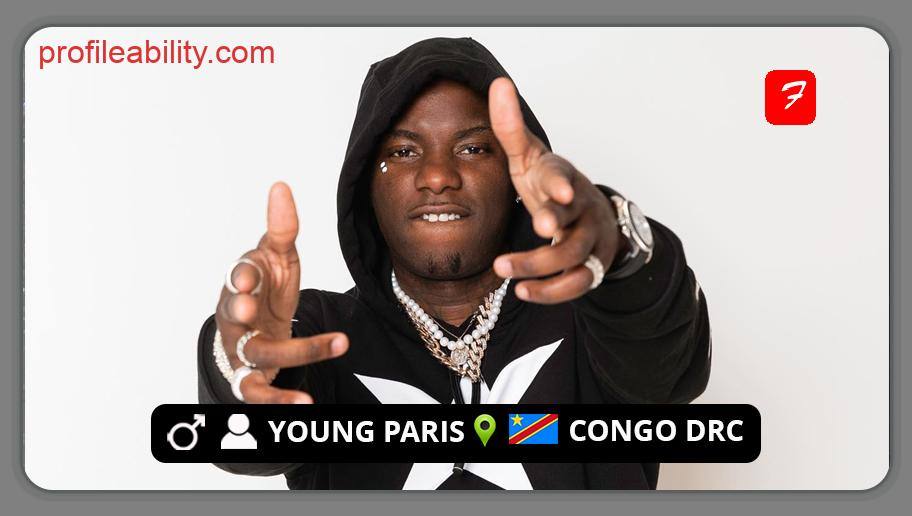 Young Paris is a Congolese singer-songwriter and producer who was born Milandou Badila on September 13, 1988. He is recognized for his modern African approach to hip-hop, mixing both traditional rhythms and EDM elements into his music.

He was raised in an arts-rich atmosphere, with his father founding the Congolese National Ballet and his mother a dramatist.

Inspired as much by the Congo’s thriving fashion scene as by its traditional music, he started out as a model and dancer, starring in Vogue and Harpers Bazaar and founding Melanin, a lifestyle brand that celebrates variety and urge all people of color to celebrate and share their achievements, as well as the natural beauty of their complexion.

He launched the popular #MelaninMonday hashtag series, which uses strong imagery and informative material to promote the worldwide beauty of melanin.

He began his music career in 2011 with the single “Euro Swag,” influenced by hip-hop and house, but it wasn’t until the 2014 EP Rap/Electronic that he gained considerable notice.

After partnering with Roc Nation through Jay Electronica’s manager Law Parker, Young Paris made a big splash on the music industry in 2017. Paris released tracks with Afrobeat giants Olamide, Tiwa Savage, Reekado Banks, and Skales shortly after signing, cementing his sound and stamp in the African Music movement that is sweeping over music festivals, clubs, and the current sound.