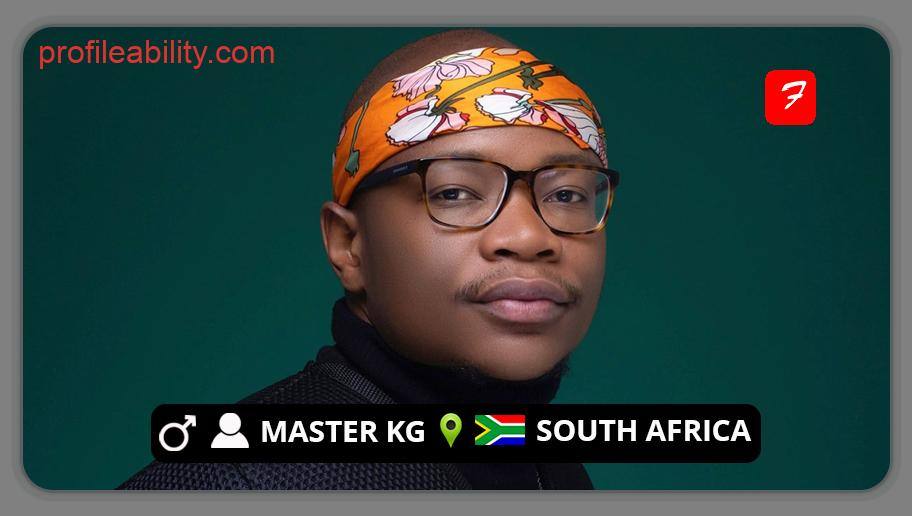 Master KG, also known as Kgaogelo Moagi on stage, is a South African performer and producer signed to the Open Mic Productions record label. He grew up in Calais Village-Tzaneen, Limpopo, where he was born on January 31, 1996.  He is undeniably one of South Africa’s greatest house music performers and producers. He is also credited with inventing the “Bolobedu” dance.

At the age of 13, he began tinkering with beats and was highly enthusiastic about having a career in music. Master KG’s unwavering devotion and passion for music have propelled him to great heights at such a young age.

Master KG’s musical career began when he met DJ Maebela, and the two enjoyed working with music software and honing their craft together.

He did, however, release his debut song, “Situation,” in 2016, following his extensive training for the music industry.

On September 21, 2018, he released his first official album ‘’Skeleton Move’’ which incorporates his chart-topping hit “Skeleton Move” with Zanda Zakuza after securing a recording contract with the Open Mic Production. Florah Ritshuri, Makhadzi, Team Mosha, and a number of additional musicians appear on the album. The album also received critical praise, winning the AFRIMMA Award for Best Artist/Group in the African Electro category.

He achieved worldwide fame with his hit track “Jerusalema” with Nomcebo Zikode, which was included in his second studio album “Jerusalem” in 2020. The song catapulted his career to new heights by becoming multi-platinum and breaking into new African and international markets.

Following his monumental success., he signed a record deal with Elektra France. On May 26, 2021, he collaborated with David Guetta and Akon on the track “Shine Your Light”.

Master KG is a living example of real musical passion and devotion, and as such, he continues to serve as a role model and inspiration to many.