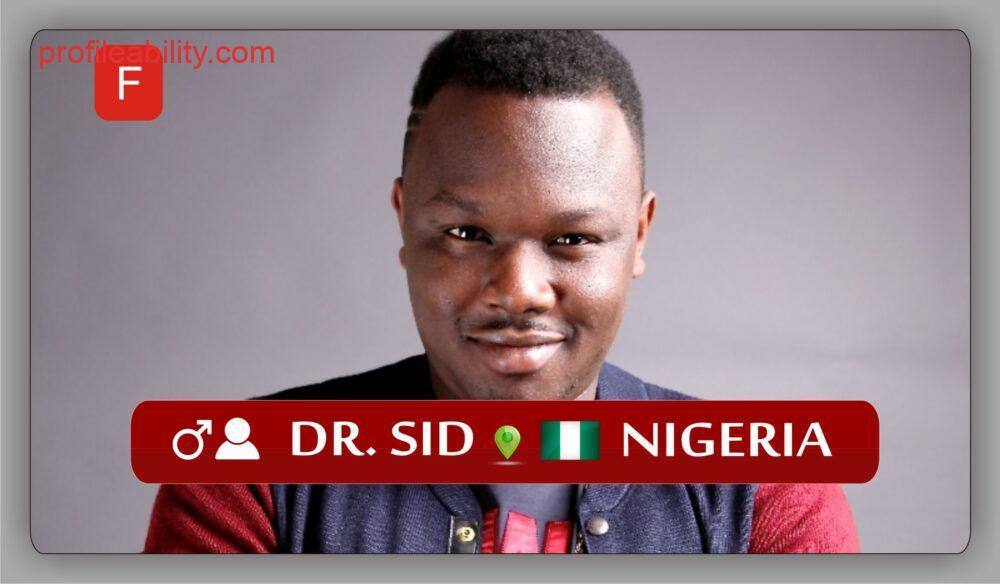 Dr. SID was born Sidney Onoriode Esiri on the 1st of May 1980, into an entertainment family.

His mother a successful fashion designer and his father the legendary actor Justus Esiri famous for his role as the Village Headmaster.

The second of 4 children, from an early age he had his heart set on becoming an entertainer. However his life took a different course graduating from the Nigerian Air force Secondary school, SID went on to the University Of Ibadan (UI) to study Dental Surgery. During his school years his flair for entertainment could not be hidden as he took part in school plays, dance competitions and concerts wining numerous awards along the way.

His break finally came in 1999 when he signed on to a fresh new record label Trybe Records (who released the legendary hip hop group Trybesmen) as a choreographer. It took 3 years for SID to get his chance in front of the mic, when he was made a member of Da Trybe, and given a spot on the song that caused a revolution in Nigerian Hip-hop “OYA” in 2002 alongside Sasha, 2-Shotz, Timi, DEL, and the Trybesmen (Eldee, Kb and Freestyle). Over the next year SID recorded his Debut Single “Don’t Stop” and had the number 1 video on the MBI top ten for 8 weeks.

His music career had to be put on hold as he had to take a year out to finish up his university degree. In May 2004 SID became a qualified Dentist. He to moved to the UK working with the likes of JJC & the 419 squad, Felix Duke, KAS, R70 music group and a then Unknown D’Banj. Returning to Nigeria SID spent the next year working at Lagos University Teaching Hospital, and then went on to serve his country. Fulfilling his educational and National obligations, he returned to his first love music.

He has since signed onto Don Jazzy’s Mo’ Hits records alongside D’banj, Wande Coal, Kayswitch and D’Prince and featured on 7 of the 15 tracks on the Mo Hits Allstars CV (Curriculum Vitae Album), and featured in the videos for Move your body, booty call , kpere and Close to you.

Some of SID’s performances include:

SID has the talent of being not just a musician but an MC he has hosted numerous events over the years, some of which include;

Soul E starcomms concerts at The Vault (for 5 Months)

He is definitely a born entertainer and is here to stay, so watch out for this young man in the years to come.

Add to Favorites Reklyn real name Ododo Oghenereke is a Nigerian afrobeat artist from the Delta state. He is from a Christian family of 6 and had his education in Delta State (IRRI) and later went Read more…