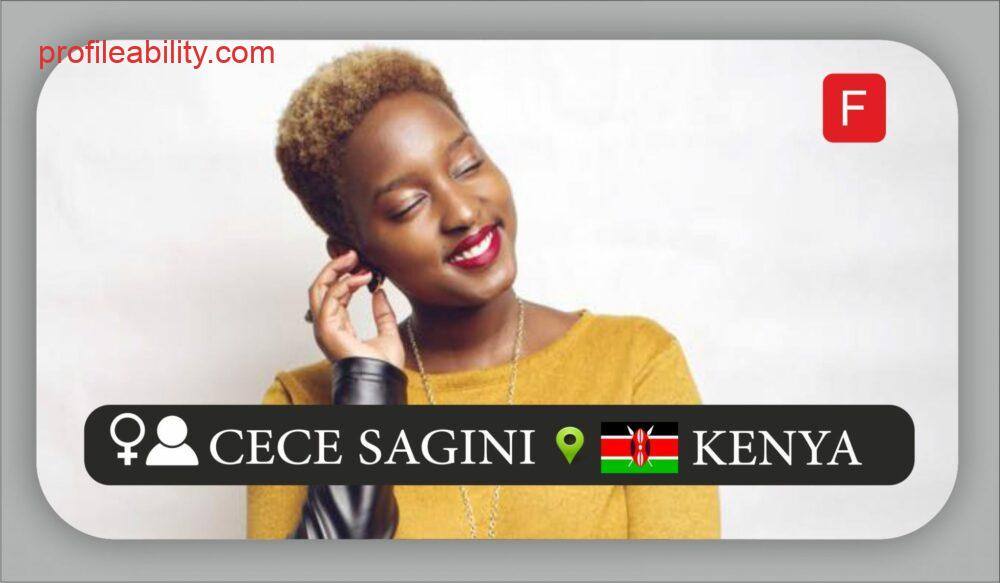 Cece Sagini , was born and raised as Cecilia Sagini Kemunto on 5 November 1991 in Nairobi, Kenya. She is the last born in a family of four sisters; Esther Sagini, Stella Sagini, Cynthia Sagini and herself. Growing up with a father, ‘Anthony Sagini’, who enjoyed music and played the guitar and her mother, ‘Jane Sagini’, who was a two-term choir chair lady at her local church, Cece Sagini easily picked up the love of music and therefore began piano classes at the age of 11.

She first came into the music scene with a collaboration with Jimmy Gait with the song Appointment. She also released more popular singles such as “Sio Mwisho”, “Feel it”, “I’m A Doer”, “9 to 5” and a Kisii song labeled “Ensobosobo”. Her continues hard work earned her one Groove Award for song of the year. She is a singer and songwriter who started her career in 2012.

Let Me In - Cece Sagini (Teaser)