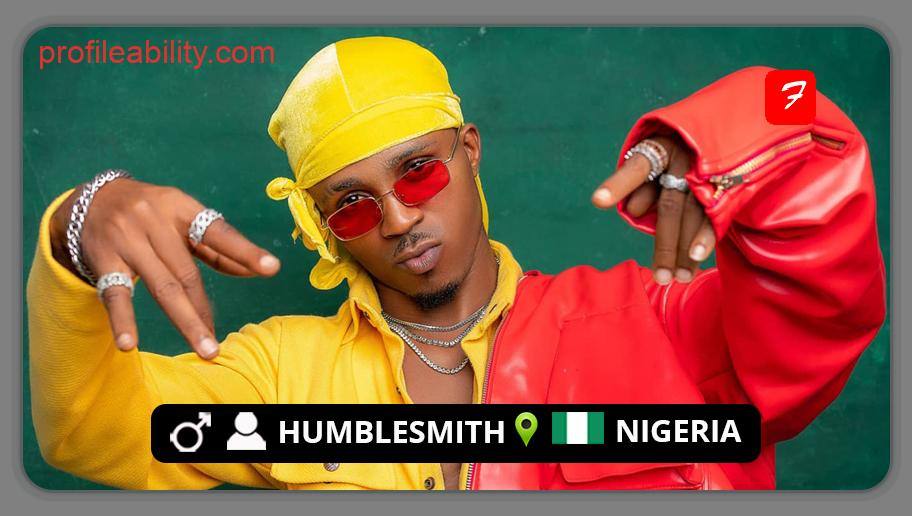 HumbleSmith (Ekenedirichukwu Ijemba) is a Nigerian Afrobongo recording artist who rose to prominence with the release of his track “Osinachi.”

The Osinachi crooner was born in Uruala, Ide-Ato North LGA, Imo state, on May 14, 1991. He was born and raised in the Ebonyi State capital of Abakaliki.

He began dancing in high school and was a member of a group called the American Boys before moving to Asaba City, the capital of Delta State in South-Southern Nigeria, to pursue a career in music.

Prior to singing, Humblesmith worked as an actor in a number of films, including ‘Hypertension,’ which he co-starred in with renowned actor Sam Loco Efe. His first song, “Chairmoo,” was released in 2014, but it was his collaboration track with Phyno, “Osinachi,” released in 2015, that helped him acquire global fame.

For the record, he was named one of notJustOk’s “10 Artists to Watch in 2016” and was dubbed “King of Afrobongo Music in Nigeria” by Nike Davies Okundaye, proprietor of Nike Arts Gallery.

After a brief break, he returned in December 2020 with a new single, “Kosi,” loosely translated as “God’s will,” a song of thanks to God for his accomplishments.

He has established himself as one of Nigeria’s up-and-coming stars via hard work and dedication.

Humblesmith - If You Love Me (Official Audio) ft. Harrysong