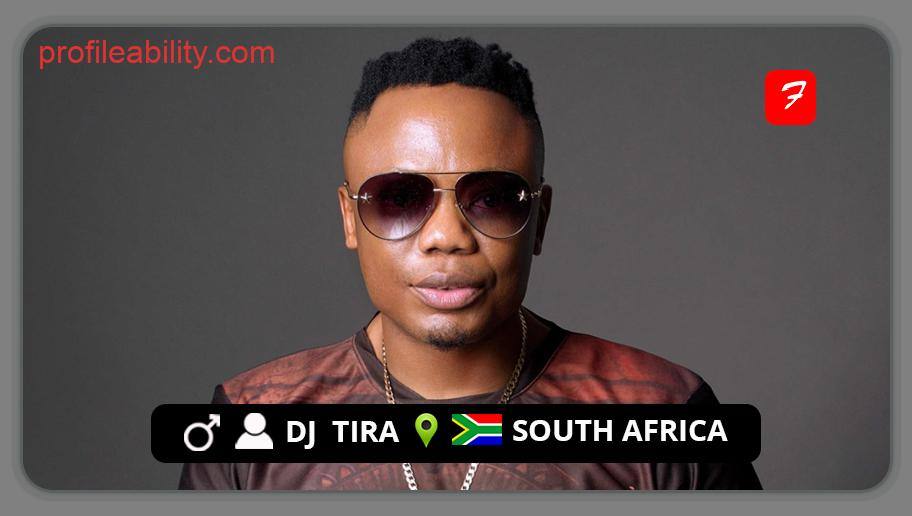 He is the founder and CEO of his own music label, Afrotainment, which was founded in 2007. He is one of the founding fathers of the Gqom music genre, which became famous in 2017. Big Nuz, DJ C’ndo, and DJ Fisherman are just a few of the artists who have come out of his label.

DJ Tira is married to Gugu Khathi and has three children: Junior, Chase, and Chichi Khathi. He grew up in Durban and attended Mlokothwa High School. He is a graduate of the University of Natal, now known as UKZN, where he studied Human Resources.

He had a strong desire to become a DJ as he grew up. He began his profession in 1996 while still a student at university. In the year 2000, he won the Smirnoff South African DJ Knockout contest, tipping the scales in his favour.

DJ Tira has had an interesting and successful career journey since then, from being a signee of the Kalawa Jazzmee label in 2005 to being a member of the Tzozo En Professor ensemble, collaborating with DJ Sox to form the Durbans Finest, establishing the Ezase Afro label, which was under Kalawa, to becoming one of the best record producers and DJs in South Africa.

A star’s radiance is unaffected by darkness, and DJ Tira is one such star.

On August 24, 2020, he released his fourth album ‘’21 Years Of DJ Tira’’ which was certified platinum by the Recording Industry of South Africa (RISA). The album’s chart-topping songs “Nguwe” and “Uyandazi” scored #5 on the iTunes Chart and #31 on the Apple Music Chart, respectively.

His fifth studio album, ‘’Rockstar Forever,” was released on June 25, 2021. The album is now at number one on the iTunes rankings.