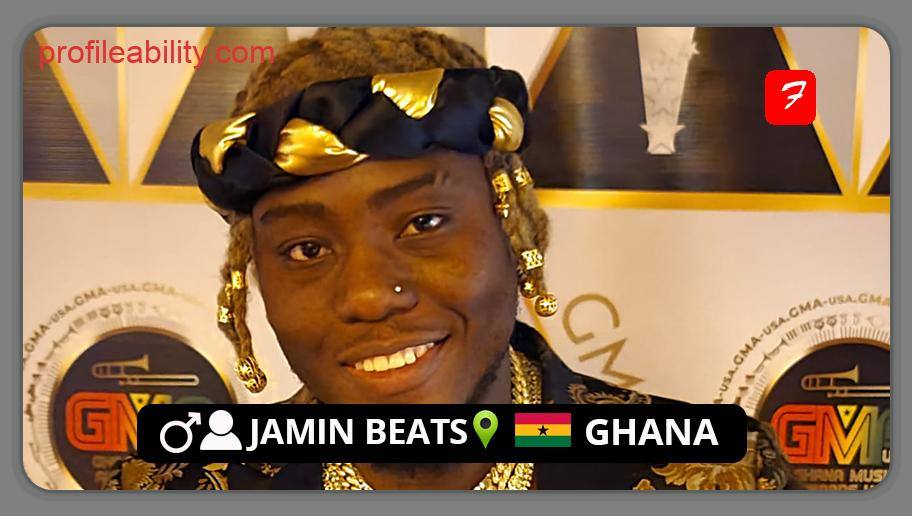 He alternatively makes Afrobeat songs and fuses them with rap. Jamin’s biological name is Francis Odartey Lamptey. The musician was born on the 16th of October 1991. He grew up at West Legon, Accra.

He had his high school education at Adisadel College in the Cape Coast Metropolitan Assembly and graduated in 2008. Later, he gained admission into the Wisconsin International University College(Haatso, Accra Campus) to study Computer Science and Management.

Jamin Beats began music in 2002 whilst still in school. According to the singer and producer, it all began when he started singing at school inter-co programs.

Jamin Beats won Uncovered Artiste of the Year at the Ghana Music Awards USA in October 2020.

Jamin Beats on Club 91.9 with Sheldon the Turn up