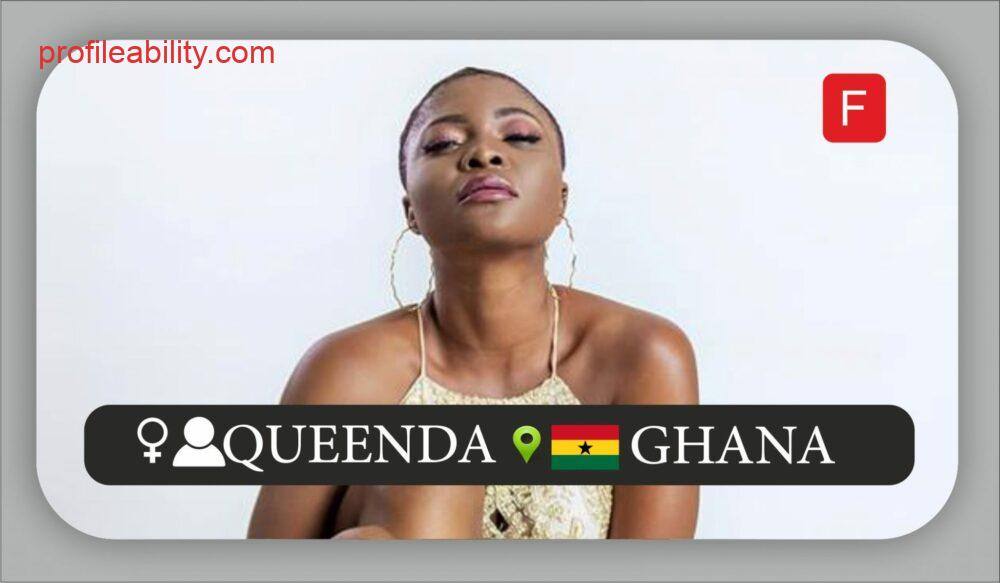 Queenda Adutwumwaa is a sensational Ghanaian singer and songwriter born and raised in Kumasi but lives mostly in Accra. She uses the stage name Queenda which according to her means Quiet Useful Early Elegant Normal Discreet and Accepting. She is the fourth of five siblings raised by a single mother.

She had her basic school education at Jesus Only International School and continued to study Home Economics at Kumasi Academy High School (KUMACA). She later went ahead to pursue Marketing Advertising and PR at Multimedia Institute of Ghana.

She is very passionate about affecting lives with words and sees music as a better way to express herself through the melodies. Music for Queenda started in her early life, she was crown the Best Female Rapper in 2014 when she was in KUMACA.

She specializes in highlife, hip life, and Afropop drawn from the electric repertoire and spends most of her time writing or singing to improve her technique as she set to become the ever-evolving artist.

Queenda professional started music in 2018 releasing her debut single titled “SUGAR” which was produced by Control Beat and video shoot and directed by A Certain Y.O.

Add to Favorites  Lino Beezy real name Osei Nana Owusu Banahene is a Ghanaian hip-hop and afrobeat artiste from Kumasi. He was born on 14th October 1992  in Kumasi (Ghana ) but hails from Duase Read more…