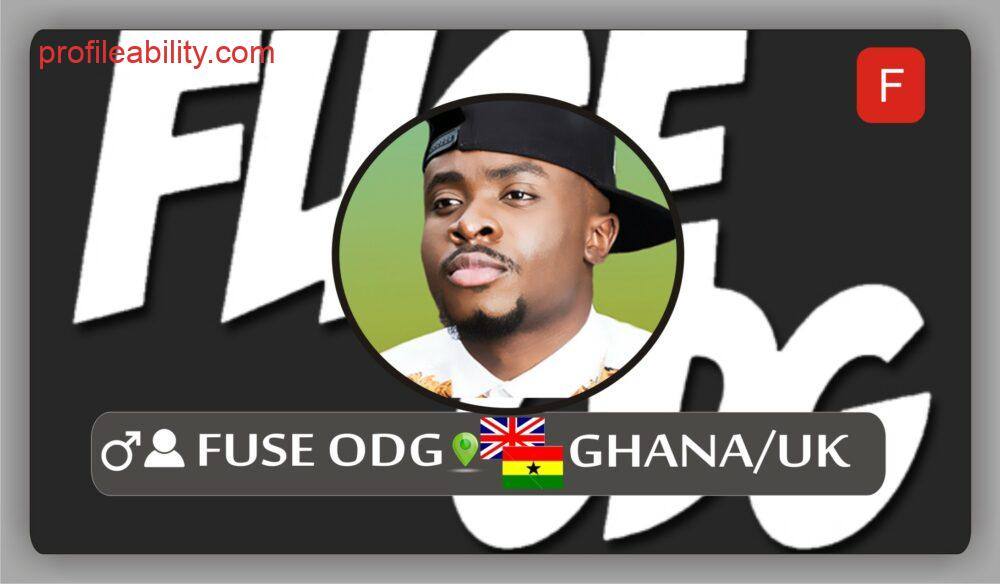 Fuse ODG is the Urban Music Award Best Afrobeats Artist of 2012, a Ghanaian-UK based musician who has set the music scene alight! In March 2013, Fuse ODG reached the number one spot in the iTunes World Chart, cementing his status as the first Ghanaian musician in history to achieve such a feat.

With over 11 million Views on You Tube in 2012 alone, this year is set to see Fuse ODG rise to new heights. His Latest Single ‘Antenna’ Ft Wyclef Jean has the whole industry buzzing.

Born Richard Abiona, the singer grew up in London but returned to Ghana, West Africa at a later stage. This provided him with the opportunity to soak up the culture, which is now evident in his music. Fuse describes his sound as ‘life-changing music seasoned with his African roots’ and his aim is to elevate the world through music.

Fuse ODG is the pioneer of a movement called TINA, which is an acronym for This Is New Africa. TINA is a concept which urges Africans in the Motherland and the diaspora to use their skills to rebuild their community and show the world the more beautiful side of Africa.

Often compared to Akon and K’naan who share similar backgrounds with him, Fuse made history by being the first ever UK act to be nominated for a Ghana Music Award, receiving two nominations in 2012. As well as being a versatile artist and producer, Fuse’s greatest joy is giving back to the community. Through a mobile studio, the Ghana Music award nominee works with young people helping them to utilise and explore their own artistic dreams.

Using his skills as a producer, Fuse also works with ex-offenders and runs a group called ‘Escape’. This allows Fuse to still be a part of his growing community. With a build-up of free music to keep fans at the edge of their seats and anticipating his forthcoming album “The Buzz”

Fuse ODG’s musical journey began to gain momentum after a trip to Ghana in 2011. There, he met up with the explosive combination of Africa’s no. 1 producer Killbeatz and Ghana’s no.1 female rapper Tiffany to create the international hit ‘Azonto’. After its viral release in November 2011 scooping over a one million views in a matter weeks, ‘Azonto’ became one of YouTube’s most watched videos in the UK that month, cementing Fuse’s status in the afrobeats genre. Fuse ODG is now referred to as one of the pioneers of the ‘Azonto’ dance movement internationally, recently receiving the attention and support from the Prime Minister David Cameron.

‘Azonto’ has quickly become an anthem for the Ghanaian dance craze of the same name. It fuses commercial pop sounds with an African rhythm and distinctive percussion resulting in an infectious ‘afrobeats’ sound. This explains its dominance in the club scenes around the world including countries such as Nigeria, Canada, US, Holland, Denmark, Italy, France and of course Ghana, where Fuse originates from.

In September 2012, Fuse ODG unleashed a musical offering in the form of an EP (album) called “The Buzz!” The aptly titled EP reflects the international success surrounding Fuse and his smash hit ‘Azonto’, which reached number 1 in Australia and New Zealand and reached number 8 in the iTunes international chart. In the past few months, Fuse ODG has toured Ghana, Liberia, Nigeria, Egypt, Uganda, Amsterdam, Belgium, Scotland and Cyprus. Fuse has also performed alongside American HipHop star Rick Ross in Nigeria and RnB superstar Sisqo in Uganda.

The ‘Off Da Ground Team’ went on a promotional blitz in the run up to the release of Fuse ODG’s eagerly anticipated EP on 5th September 2012. The EP Launch took place at the prestigious Under the Bridge venue located on Chelsea Football Grounds in London and featured the likes of Choice FM DJ and comedian Eddie Kadi, comedian and host Simply Andy and an array of supporting artists.

Hot on the heels of the successful of the EP (album) launch, Fuse released his second single ‘Antenna’ after launching an international dance competition referred to as #AntennaDance. The viral videos for ‘Antenna’ accumulated approximately 1,000,000 views on You Tube in less than two months. The top ten competition entries can be viewed on www.fuseodg.com.

The international response to ‘Antenna’ has phenomenal, with it being play listed on BBC Radio 1Xtra and Choice FM, two of the UK’s biggest radio stations.

The ‘Antenna’ EP has been available to pre-order on iTunes since the 1st April and as of the 5th April, has already reached number 32 in the dance album chart. The ‘Antenna’ EP includes remixes featuring Wyclef and TS7.

‘Antenna’ is another milestone that is set to catapult Fuse ODG into the stratosphere.