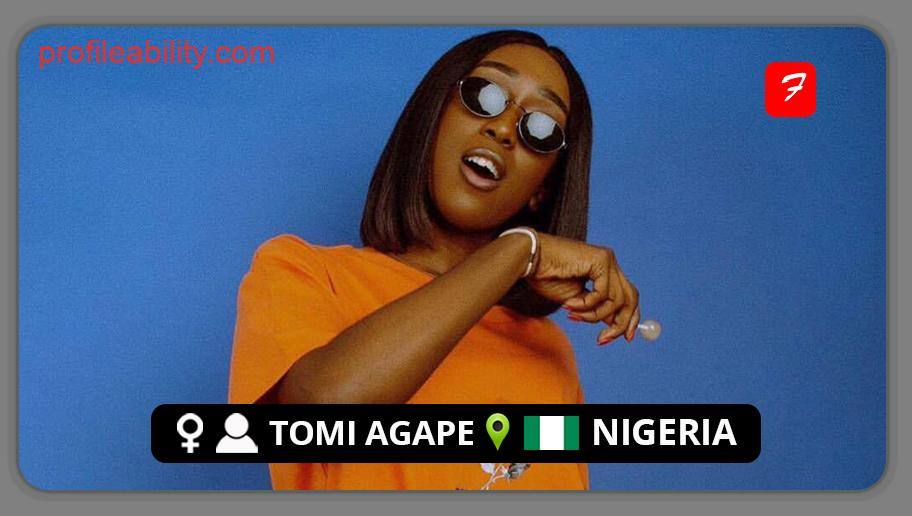 Tomi Agape is a Nigerian Afro-soul/fusion musician based in the United Kingdom who is noted for her heartfelt and catchy tracks that blend neo-soul, afrobeat, hip-hop, and R&B.

Her seductive accent and dazzling appearance have won her followers from all over the world. Jill Scott and Erykah Badu, as well as music from London and Nigeria, influenced her a lot as a kid.

Tomi has established herself as one of the first female voices in the UK Afrobeats scene, and she continues to grow and produce new sounds. Being able to firsthand witness the music of London, Lagos, and Atlanta broadened her understanding of how music functions throughout the world and the importance of showcasing fresh advances in shaping culture.

Tomi Agape’s unique tone and manner distinguish her as an artist who refuses to conform to others’ norms or expectations. It’s a seismic change, one that propels Tomi Agape to the next tier, as she matches her outstanding delivery to that crisp electronic framework.

Tomi Agapè performs - London at “We Out Here Festival”