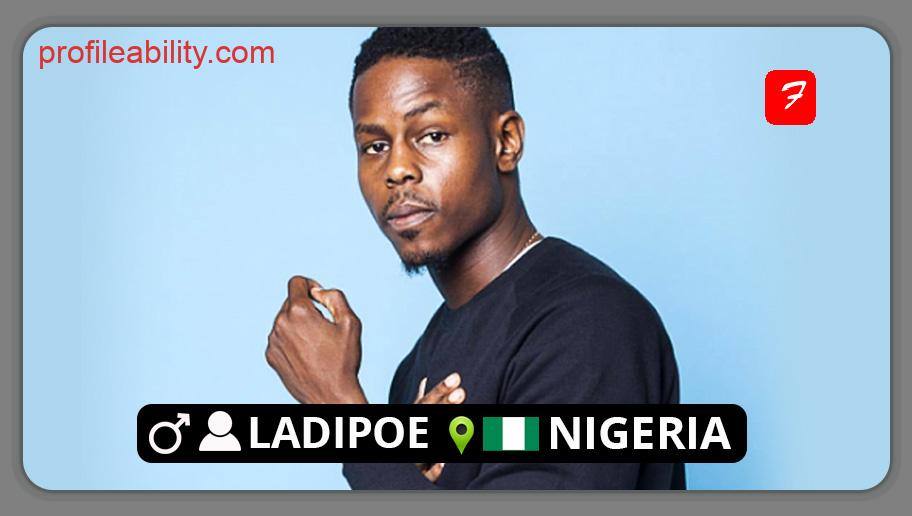 Ladipoe, real name Ladipo Eso is a Nigerian rapper and afrobeat artiste. He was born and grew up in Lagos. Mr Eso was born on 29th April 1992. Poe does well at singing and rapping and does some bit of dancehall. Poe happens to play the piano also.

He is an alumnus of North Carolina, where he obtained a degree in both Biology and Chemistry after completing high school in Nigeria. While he was in the US, he co-formed a group called Lyrically Equipped with his friends Jeffrey and Kurt.

He became popular after the release of the song Feel Alright which features BOJ. In 2017, he was signed on to Mavins Records headed by Don Jazzy. He later released his debut album, Talk About Poe (T.A.P).

He has gone on to have hit songs like Falz’s Marry Me and Know You featuring Simi, Jaiye, and Feeling featuring Buju. Poe says he is inspired by Slum Village, Lupe, and Little Brother.