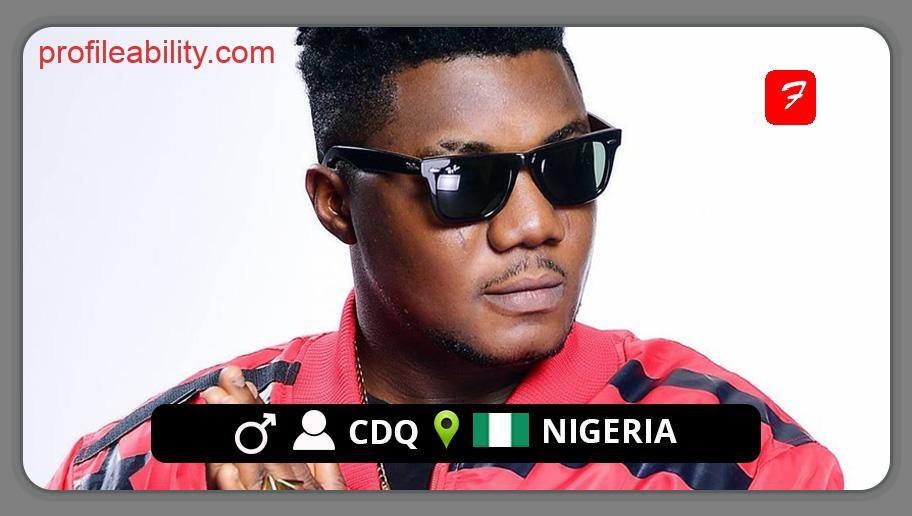 CDQ is a Nigerian hip-hop artist and songwriter who was born Sodiq Abubakar Yusuf on May 6, 1985. On May 6, 1985, he was born in Orile, a Lagos neighborhood. CDQ was born in the Nigerian city of Ilorin, Kwara State. He graduated from Lagos State University with a bachelor’s degree in economics. He is well known for his collaborations with Wizkid on the smash single “Nowo E Soke,” as well as Masterkraft on “Indomie.” with Olamide.

CDQ began his professional career in 2008 as a backup vocalist for the late rapper Da Grin before venturing into English rapping alongside famed rapper M.I. Following his triumph in the monthly Industry Nite rap competition in December 2012, he got a recording contract with Masterkraft’s General Records in 2013. Just a few days after being signed to the label, he released his first debut single titled ‘’Suala’’.

He made his debut in the Nigerian music business in 2014, when he featured Olamide on his track “Indomie,” which he then remixed with Davido. The song, which was produced by Masterkraft, catapulted CDQ’s career into the spotlight, earning him two nominations at the 2015 Nigerian Entertainment Awards and a nomination in the Best Street-Hop Artist category at The Headies 2015.

However, his anticipated album release titled ‘’Quality’’, enlisted the likes of Wizkid on the lead single of the album ‘’Nowo E Soke’’. The official music video for the single directed by Unlimited L. A gained him the 2016 Nigerian Music Video Awards for “Best Afro Hip-Hop Video and Best Street-Hop Artiste” He revealed the album’s cover art on August 16, 2016, before it was published by General Records on August 22, 2016, to positive critical acclaim.

On November 11, 2016, he established his own record label, N.S.N.S, an abbreviation for No Struggle No Success Entertainment.

CDQ has so far collaborated with renowned artists like Runtown, Cayana, DJ Maphorisa, Wizkid, and Davido.

CDQ - Who Is CDQ (Official Video)

CDQ - Who Is CDQ (Official Audio)