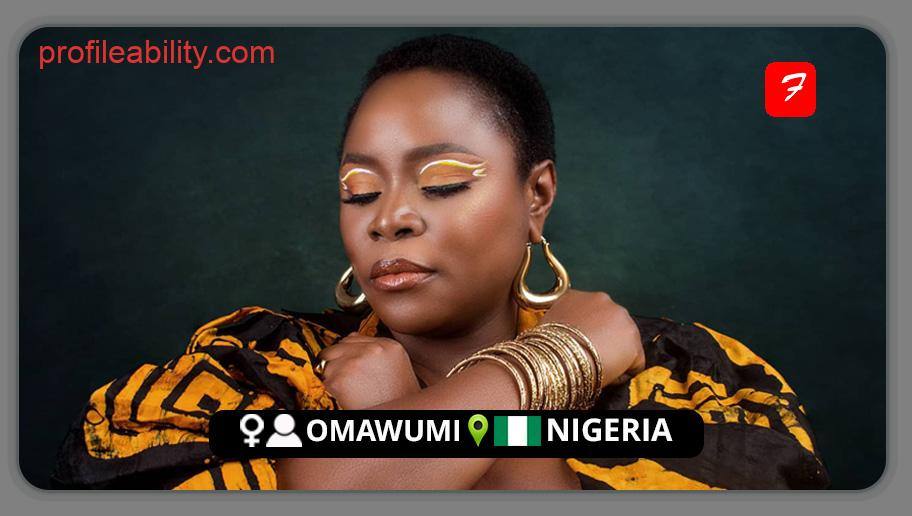 Omawumi Megbele, better known by her stage name Omawumi, is a Nigerian actress and singer/songwriter who blends soul and R&B into her bright, soulful pop style. Omawumi was born on 13 April 1982 to Chief Dr Frank and Mrs Aya Megbele.

During her school years, she attended Nana Primary School and afterwards the College of Education Demonstration Secondary School. She earned a law degree from Ambrose Alli University.

Megbele opted to pursue her passion for music and singing by competing for the 2007 West African edition of the TV talent show series Idols. Her sparkling personality, powerful and striking voice shone throughout the contest, and she was ultimately elected first runner-up.

Omawuni, on the other hand, didn’t seem to stop there, and she began composing and recording her debut album. The album, dubbed “Wonder Woman,” was published by OMA Records in 2009. The album received worldwide praise, with many appreciating not just Omawumi’s unshakable force and might, but also her decision to include a wide range of influences into the album’s musical pallet, including Afro-pop, jazz, funk, and even techno.

In 2009, she made her acting debut in a production of V-Monolugues, a theatrical piece that depicts the myriad negative challenges that women in Nigeria confront. “Lasso of Truth,” Omawumi’s sophomore album from 2015, was named after the weapon used by the iconic DC superhero heroine Wonder Woman, carrying on the concept established by her first album. The album was praised for integrating a wide range of styles and sounds, including soul, funk, and reggae, while lyrically addressing a variety of societal themes.

She followed up her breakthrough with the albums “Timeless” in 2017 and “Love Deep High Life” in 2021, which included phyno, waje, Brymo, and Ric Hassani.