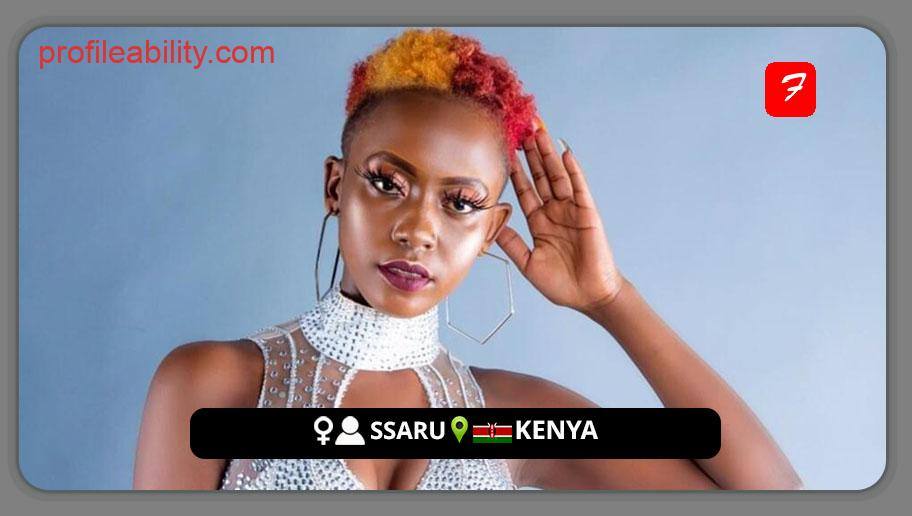 Gengetone’s fast-rising star, Ssaru, is a multi-talented artist, rapper, singer, and songwriter who debuted as a professional musician in November 2019.

Officially known as Sylvia Saru, the Kayole-bred diva is vivacious and strikingly colourful. She likes donning “shouting colours every other time” and is rocking red-dyed hair.

The advent of Ssaru is mainly credited to technical breakthroughs. Despite the fact that she is still in her teens, this singer-songwriter has garnered a sizable and devoted fan base. Ssaru makes the type of foreboding music that communicates straight to the masses who appreciate her unrelenting honesty behind the delicate voice.

Her dedication to entertaining and educating her followers via music has deepened as she has worked with both known and up-and-coming artists in the nation, including Mejja, Jovial, Bahati, Timmy Tidat, and others.