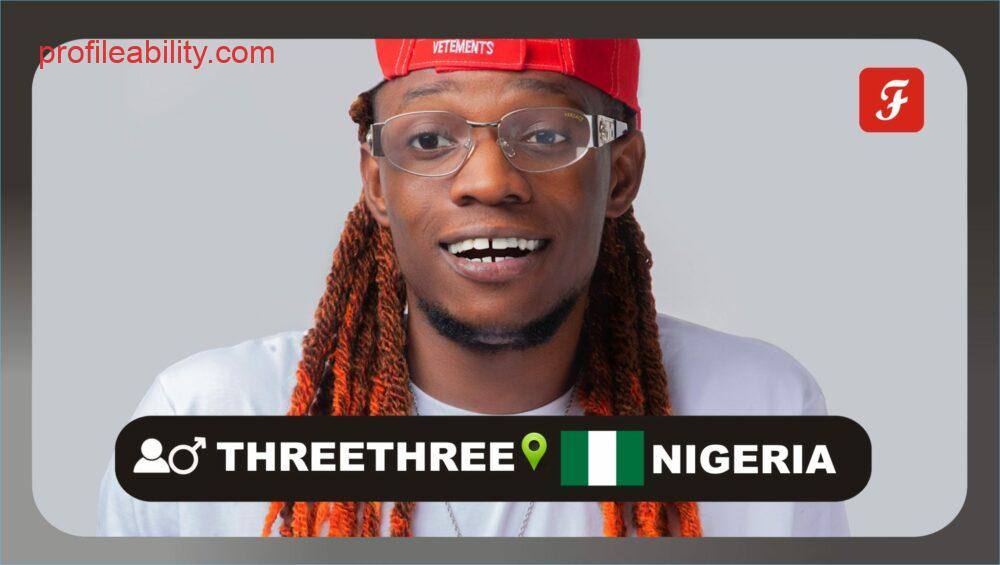 Precious Aruoture Omoko with the stage name ThreeThree is a Nigerian Hip-Hop/Trap musician and Afrobeat artiste. He was born on the 5th of December 1996 in Lagos, Nigeria.ThreeThree has spent his whole life in Accra, Sowutuom where groomed. He started his music career whilst still in high school and was influenced by music through the eyes of television.

ThreeThree at a very young age began practising and performing in front of mirrors where he acquired a deeper passion and reflection that he was born a musician.

The story behind the name ThreeThree signifies Three important people in the artist’s life which are two brothers and a sister which he lost toa dreadful cancer and that happened some few years ago, so whenever the name ThreeThree is mentioned it reminds him of motivation to push on to glory in their memory.

In 2017 he met with a friend a musical artist with the stage name “Geezzy” A.K.A “Kronnik”. They started working as two artists together experimenting with their own sounds and creativity.

In 31st May 2019he released an Extended playlist (EP) titled “New Era” which features artists like Rudebwoy Tymer and Desire History. He also released another EP titled “The Slopes of Life” on 10th January 2020 featuring his Best Friend and Brother “Geezzy.

ThreeThree - Interview at 4AM Accra (Audio)