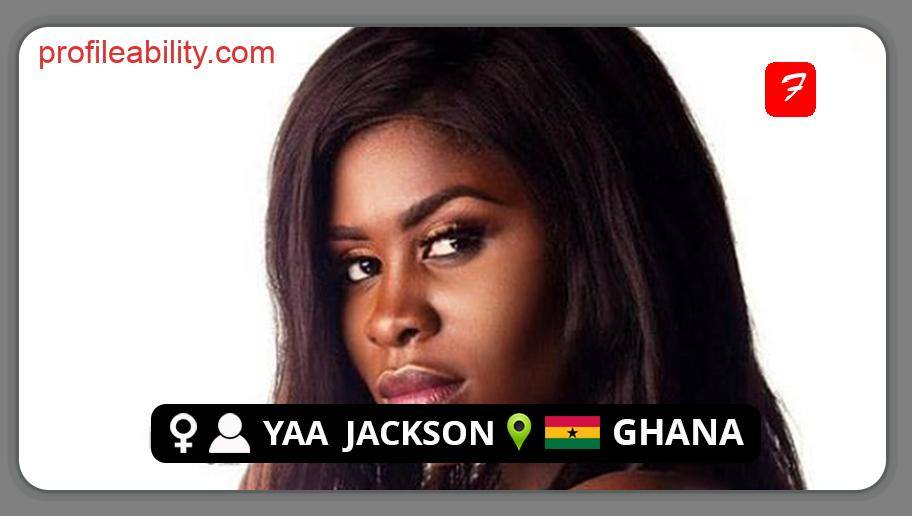 Yaa Jackson is a gifted young Ghanaian singer and actress who has quickly established herself as a powerful presence in the Ghanaian entertainment scene. She was born on October 18, 2000, in Kumasi, Ghana, and is the second child and only daughter to the award-winning producer and director Mr Jackson Konadu Bentum and Mrs Lydia Konadu Bentum.

Maame Yaa Konadu Jackson is Yaa’s actual name. She is also a model, an entrepreneur, and the creator and CEO of YJ Cosmetics and YJ Men Designer Online Collection.

She attended Saleem Educational Complex for her junior high school education before enrolling at Presbyterian Girls High School, which she graduated from in 2019.

She debuted in the entertainment industry at the age of two, when she was cast in a local film. Her name is well-known in the industry as a result of her creative and acting abilities.

Emelia Brobbey, Vivian Jill, Bill Asamoah, Kwaku Manu, Benedicta Gafah, Lil Win a.k.a Kwadwo Nkansah, and Maame Serwaa have all worked with her as an actor.

Not only as an accomplished actor but also as a gifted and superb singer, she launched her first hit single ‘’Tear Rubber” in 2018 as an entrée into the music scene. She released another successful single, “Ginger,” in July 2020, followed by “Under The Ocean,” in October of the same year.

In the last few years, she has released a slew of hits, including “Ehwe Papa” starring Fameye, “Omo Beka” featuring Kobby oxy, “Ghana Kasa,” “Slay Queens,” “BBF 3b3fa,” and a slew of others that have wowed music fans and gained her a slew of new admirers.

On February 14, 2021, she released another tune, ‘’Squeeze Me Tight,” under the 1281781 Records DK label, which became one of the top singles on Ghana’s Music Billboard, receiving substantial exposure on radio and television stations throughout Ghana and West Africa.

Are You in A Relationship with him ? Yaa Jackson full interview At Pure Fm With DJ Aroma