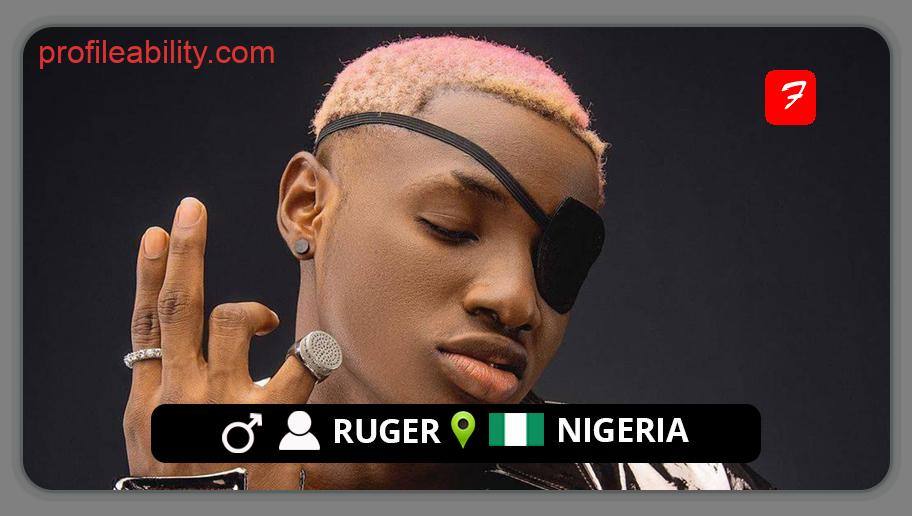 Ruger, born Adebayo Michael in 1999, is a young and vibrant, Nigerian singer/songwriter on the rise. He is the lone child of an aristocratic family from Lagos State in Nigeria. The Yoruba-born star is currently contracted to D’Prince’s Jonzing World Records.

Ruger grew up enjoying music as a vocalist in a local church choir and a part of his school’s band and cites Bob Marley, Rihanna, Boyz II Men, Beyonce, R. Kelly, and 2Baba as influences of his sweet melodic vibes.

He began creating songs and performing them at high school functions and neighbourhood performances. With the generous support of his family, Ruger was able to pursue a career in music.

He made his debut in the scene and quickly rose to prominence after signing a deal with Jonzing World Record, which is associated with Don Jazzy’s Mavin Records, on the 18th of January, 2020, as well as in cooperation with Sony Music West Africa and Columbia Records in managing the emerging talent.

On the 20th of January 2020, Ruger came up with his debut release ‘’One Shirt’’ featuring D’Prince and Rema. Following his big break in the Nigerian music industry, the Afrobeat sensation has also made successful hit releases, including his self-named single ‘’Ruger’’.

With his first solo extended play project “PANDEMIC “, released on March 12, 2021, incorporated with melodic tunes such as “Bounce “,” Abu Dhabi “,” Bow “,” Monalisa “,” and “Yekpa “,” Ruger is debuting as one of the best to watch in the music world with high hopes of satisfying his fans in his own unique way.