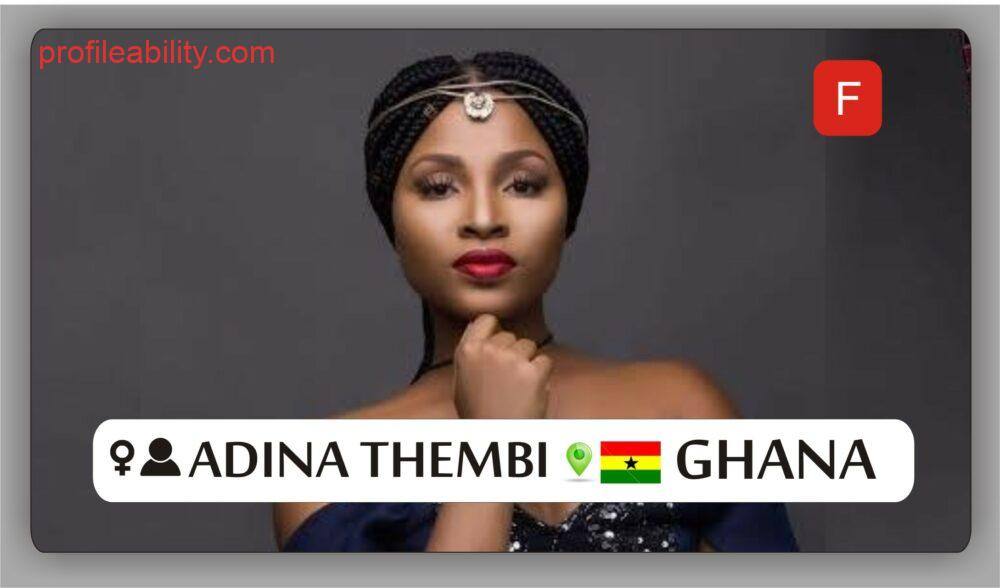 Adina Thembi Ndamse or simply Adina, is an African recording artiste, performer, who was born in Liberia. He was born at a time during the First Liberian civil war.

The musician is half Ghanaian and half South African. Her father was a South African from Umtata and her mum, a Ghanaian. She moved from Liberia with her mum to permanently settle in Accra at an early age.

The sensational singer started singing in childhood. She joined the National Theatre choir performing at the Kidafest and Funworld events.

Her eighth music single titled “Too Late” won her two awards – Record of the Year and Best Female Vocalist of the Year at the 2018 Vodafone Ghana Music Awards in Ghana. In March 2021, she was among the Top 30 Most Influential Women in Music by the 3Music Awards Women’s Brunch.

Her genre of music is AfroPop with a blend of RnB, Pop, and blues. The down-to-earth songstress draws inspiration from God, her family, and everyday life’s lessons. She is driven and enthusiastic with music being her number one passion.

Beautiful Inside: The Journey So Far...