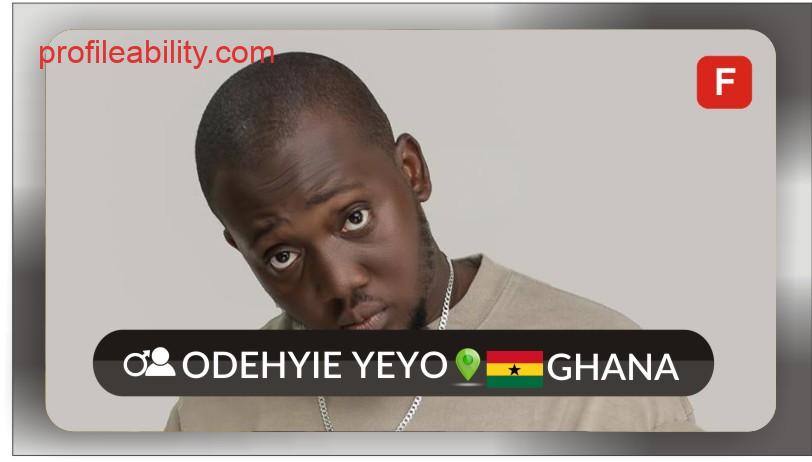 Odehyie Yeyo (also called Yeyo) born Prince Osei is a Ghanaian musician based in Tema who started music at an early age. Known by his signature “eelalee”.

His name might not ring a bell, but believe me, he’s a global asset. In his youthful stage, he got very obsessed with music. So in the quest of fathoming to why the hidden secrets behind the world’s most famous and popular language; music, he fell in love with the act. Since then music has been part and parcel of him.

Odehyie was brought up in a disciplined cultural Ghanaian home.  He is blessed to have been endowed with wisdom in rich moral values which engulfs a greater portion of his lyrical composition as well as his incomparable gift in wordplay, punchlines, and of course his unique sense of humor. He has songs likes Done Over Do, Tapes (1-3) to Bofloat and also short skits like Barbershop freestyle, Setewaa Market and Yo Koti under his sleeves.

Odehyie Yeyo is currently signed to 2MG Music, a record label owned by one of GH finest music producers Mix Master Garzy. He currently has a new single released by his new management titled Dadabee With Hard Labour ( D.H.L ) and a dazzling video attached to it which is currently making waves on radios and television sets across the country.

The Voice of the streets as he’s called by the youth has honed and mastered the art of music to the extent that he can rap on any beat at any given time. The interesting part is, immediately he hears instrumentals he’ll rap and it would make sense even when he’s deeply asleep. Follow the wonderful journey of Odehyie Yeyo as he voices out thought-provoking societal problems, love, relationship issues, et al through music.

YEYO - WE WILL SHINE (OFFICIAL VIDEO)