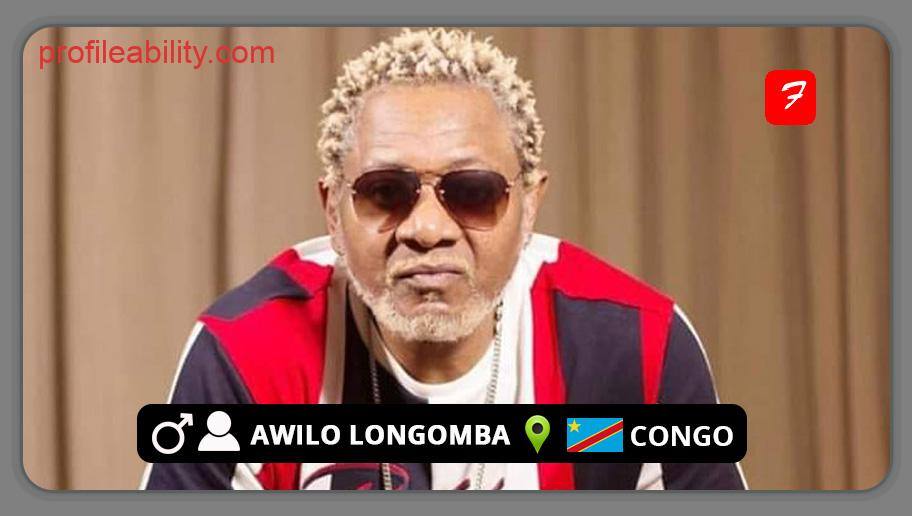 Awilo Longomba is a Congolese soukous musician. He was born on May 5, 1962, in Kinshasa. Since childhood, Awilo spent every single moment in the music scenes attending his father’s rehearsals. Very quickly his passion for music grew, and instead of going to classes, he started drumming for various groups of Kinshasa, including “l’orchestre de Lita Bembo“.

Awilo had his real first taste of live performance as a drummer on his first international tour in Europe and to Japan in 1985 and 1986. He caught a fever on his tour so decided to move to France to pursue his carrier. His reputation as one of the best drummers in France spread very quickly. So this allowed him to collaborate on numerous records and toured worldwide with several African artists such as Tshala Muana, Oliver Ngoma, and Kanda Bongo Man.

In 1992 he decided to leave “Viva La Musica” and formed his own group “La Nouvelle Génération” of which he became the leader. This new band became very popular in Europe and produced several albums.

In 1995, the career of Awilo, the singer, took off and he left “La Nouvelle Génération”. He released his first solo album “Moto Pamba” in which, he was the composer, the lead singer, and of course the drummer.

His success couldn’t be ignored. He put the drums aside and decided to concentrate on his singing and started touring in East Africa and in Europe.

His second album CD, Coupe Bibamba (1998), made him hugely popular throughout Africa making him a household name in various sub-Saharan African countries. It also made him garner an increasingly large international audience, with the album having popular songs such as coupe bibamba and Gate le coin , thus enabling him to perform in various cities across Africa.

Also in July 2000, Awilo released his third CD “Kafou Kafou” this CD sent him back to the KORA 2001 where Awilo was recognized for his outstanding contribution to African music and received “Judges Special Awards” during the KORA 2001.

He is one of the most wanted Congolese artists on the African continent and that of  Europe. He has toured in African counties such as Nigeria, Cameroon, Uganda, Tanzania, Burkina Faso, Kenya, Côte d’Ivoire, Benin, Togo, Zambia, Gabon, Mali etc…). Awilo also has toured in Europe (Switzerland, Belgium, Great Britain etc…) as well as parts of the United States.

Awilo has also demonstrated his talent by producing his latest CD “Mondongo”. It is an electrifying blend of kompas, rumba, R&B and soukouss… with the collaboration of other great African artists.