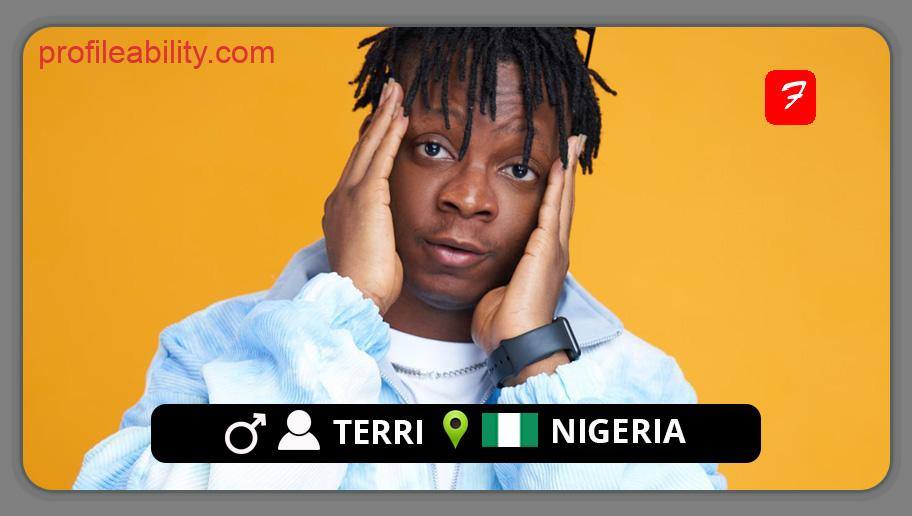 Akewe Terry Daniel, also known as Terri, is a young talented Nigerian Afrobeat singer and composer signed to Wizkid‘s ‘Starboy Records.’ Born on May 27, 1999, in Edo State, Nigeria, he is the first child in a family of four. Terri grew up in Ifako-Ijaye, Lagos State where he had his primary and secondary schooling before joining the University of Lagos in 2017 for his degree in Marine Insurance.

Prior to becoming famous, he went under the stage name Stoned Teezy and produced a five-track extended play project called “Outchea.”

Terri officially launched his music career at the age of 17. In 2018, he featured Wizkid on a rendition of DJ Jimmy Jatt’s “Oshe,” which piqued Wizkid’s interest and landed him on his record label, “Starboy” in February 2018. Terri rose to prominence after delivering an incredible line on Wizkid’s track “Soco,” which also featured Spotless and Ceeza Milli.

Terri began the year with the release of his lead song “Ojoro,” produced by Sarz, and his debut EP named “Afro Series.” The EP featured no artists in order for him to establish himself as the Best New Wave musician. “Ojoro” was accompanied by a music video that has received over a million views on YouTube.