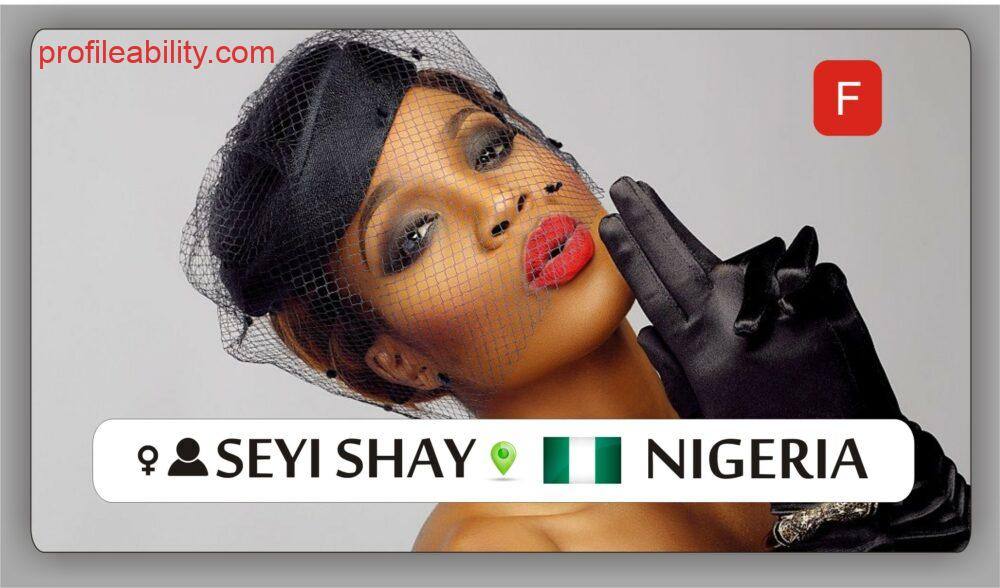 Deborah Oluwa-Seyi Joshua, better known by her stage name ‘Seyi Shay’ (pronounced Shay-yee Shay), is a Nigerian based International Recording Artist, Songwriter, and Performer. Born and raised in London, UK to Nigerian Parents, She began performing at the age of six. A former member of the London Community Gospel Choir (LCGC) headed by Basil Meade, whose international tours and acclaim, afforded her a platform to perform in different cities around the world (including a 13 city tour in Japan) at the tender age of fourteen.

Seyi Shay is also a talented songwriter, who has written and produced three major songs for the Konami Game Sound track; “Crime Life”, as well as the song “You will see” which was performed by former Spice Girl; Mel C, and was also included in her highly successful Album, “Beautiful Intentions”. She also wrote successful hit ‘White Lies’ for international selling rapper/artist Chipmunk, that featured Coleena of Diddy’s Dirty Money.

Alongside, Seyi Shay decided to attend a National audition in the UK where she would later emerge as the lead singer of the British Pop/RnB girl group; “From Above”, they signed to Sony/Columbia Record company and Music World Entertainment owned by Beyonce’s father; Matthew Knowles.

From Above released their debut album online called ‘Breaking From Above’, which was also the title of their MTV reality show which aired in over 166 countries worldwide. They supported Beyonce on her “I AM” UK tour in 2009/10.

Now branching out a solo artist, Seyi Shay is working on her debut album in Nigeria. Having already recorded a number of songs with the country’s top producers, plans are in place for the release of her solo singles in Africa and Worldwide.

Known for her stage energy and prowess, Seyi Shay has performed in some of the finest A-list events in Nigeria and across Africa, including recently at The Chase Big Brother Africa show in South Africa. She has also shared the stage with some of the Nigerian industry’s biggest superstars as well supporting International artists such as Rick Ross and Chris Brown at their concerts in Nigeria.

Her latest single ‘Irawo’ is still enjoying massive waves and it is no surprise the singer chose the name ‘Irawo’, meaning ‘Star’ in Nigerian native language Yoruba.