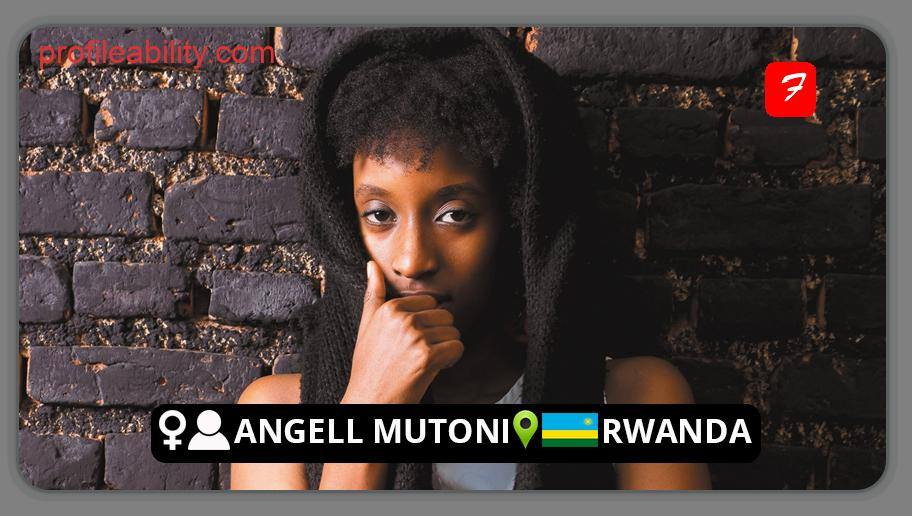 Angell Mutoni is a fast-rising and promising female singer, poet, and rapper/songwriter artiste currently based in Kigali, Rwanda. Her style of music is a mix of RnB/Pop, with the integration of Afrobeat.

Growing up as a child, she was influenced by her father, who was a musician. At the age of 10, she began writing short stories and later ventured into songwriting.

After a few spoken word performances at ‘Spoken Word Rwanda’ in 2011, she then joined Dark Matter Entertainment together with a few colleagues that had similar love and desire for music. However, she was featured by Darkecy (now Kanaka) in her first-ever song “2011”. A song she wrote and sang the chorus.

In 2014, she recorded an EP titled ‘Rise’ and it was that same year, she had the opportunity to perform in various shows, including her first professional showcase for ‘Doadoa: East African Performing Arts Market’ in Jinja, Uganda, and other several festivals across East Africa. She was also nominated as one of the top 10 finalists of the 2016 RFI Prix Decouverte.

The lyrical genius is now working hard to project her brand as she vibes with people through her music.