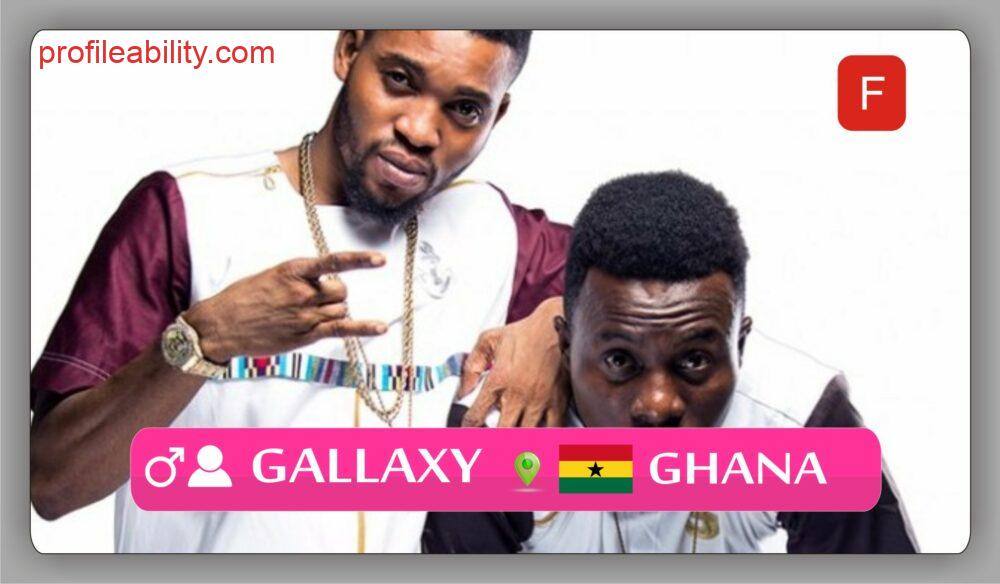 Gallaxy is a two-member Ghanaian music group represented by Ransford Ohene and David Kwesi Adjewoda. They are respectively well-known as Bra Chiky and Kwesi Dav.

The duo records on indigenous Highlife rhythms and Afro-beat rhythms, to which they have proven their versatility in the creation of their music. They are currently under the management of Harbour City Recordz, founded by Gideon Narh.

Gallaxy started music about ten years ago before officially and commercially joining the Ghanaian music industry in 2012 with couple of hit singles including ‘Wodo Nti’, ‘Holla At me’, ‘Bokoboko’ (Slowly) and many others.

With Kwesi Dav’s soothing voice, their songs are always complemented by Bra Chiky with his carefully created poetic rap verses; these qualities, among others compliments that immediately catapulted them to stardom.

In regards to the component of good music; the duo songs are undisputedly lyrically good, well-arranged, records on good instrumentations and sound quality. Interestingly, Gallaxy doubles as sound engineers, hence the self-production of their African rhythms.

Aimed at souring high in the Ghanaian Showbiz industry, Gallaxy has branded itself as promotes of African wears in terms of costuming and they have been lauded by many music connoisseurs, who believe in their prospects on being recognized as international icons.

Gallaxy’s stage act is without equal. They are able to wow audiences with their rhythmic performances on every event-platform they mount. The duo is among the few music acts in Ghana who breaks ground in terms of performance, which are always yearned for more.

They are indeed making marks on the mind eyes of music enthusiasts and their fans, Gallaxians in their quest to representing Ghana and Africa worldwide with their music.

The duo is working alertly to present their brand and music and likewise represent the improved quality of Ghanaian music on the African and International market.