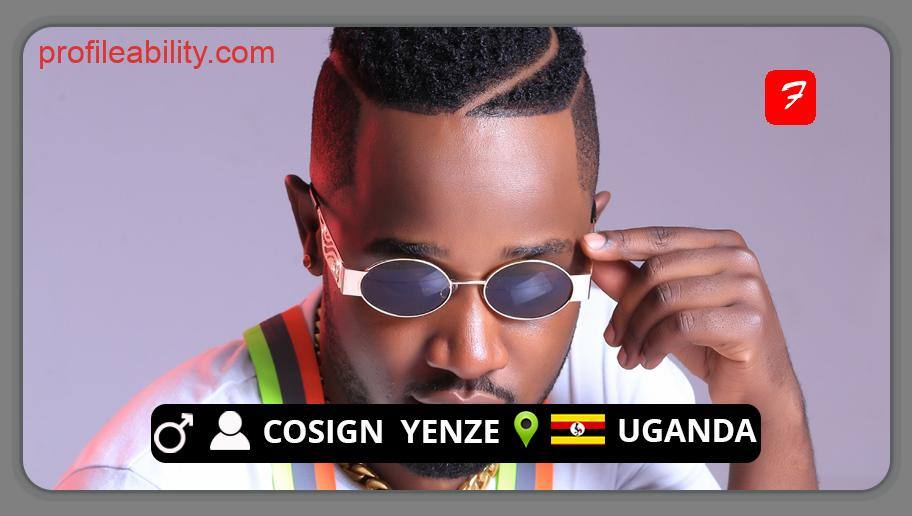 Cosign Yenze real name Bartson Lutalo is a Ugandan multi-genre singer and songwriter doing a range of genres like Dancehall, R&B, and many others. He is signed under Realester Entertainment and describes his style of music as Urban Kidandali. He is currently based in Kampala, Uganda, and was one of the top ten finalists in the Tusker Project Fame competition.

The multitalented artist gained recognition in the music scene after he officially released his first single ‘’Niwatwire’’ in January 2017. He then followed it up with tracks like ‘’Love Y’Ebigambo’’, ‘’Zabiike’’, and ‘’Body to Body’’.

In 2018, he collaborated with Dj Ciza on the single ‘’Bad Energy’’.  The song was later followed up with his hit single ‘’Obeera Wa’’ which earned him a Hipipo Music award for ‘’Best R&B Song of the Year 2018/19’’. He has so far featured artists like Abaasa, Lilian Mbabazi, Patrobas, and Pryce Teeba to various extents.

For the last couple of years now, Cosign Yenze has been working hard proving he can make the best out of the Ugandan music industry.