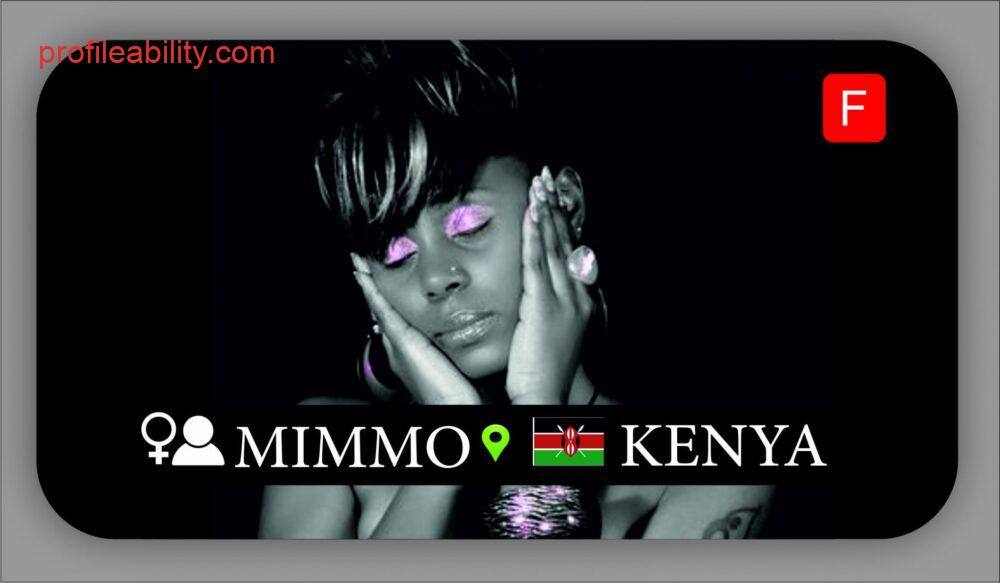 Mimmo Wanjuhi is a recording/performing artist based in Nairobi Kenya. Mimmo grew up around music but her passion for music began at the tender age of 5. She, however, showed an aptitude for music before she could even talk! Her mom, Wanjuhi Kamau a filmmaker says that during meals, Mimmo would turn over her plate and get carried away while making “melody”. The little girl grew up to the sounds of artists including Bob Marley, Yvonne Chaka Chaka, and Angélique Kidjo among others.

Mimmo blends her music by mixing the local Kenyan Boomba sound, Hip-hop, and R&B. She, however, considers herself a universal donor because she loves all different genres of music.

Some of her music include:-