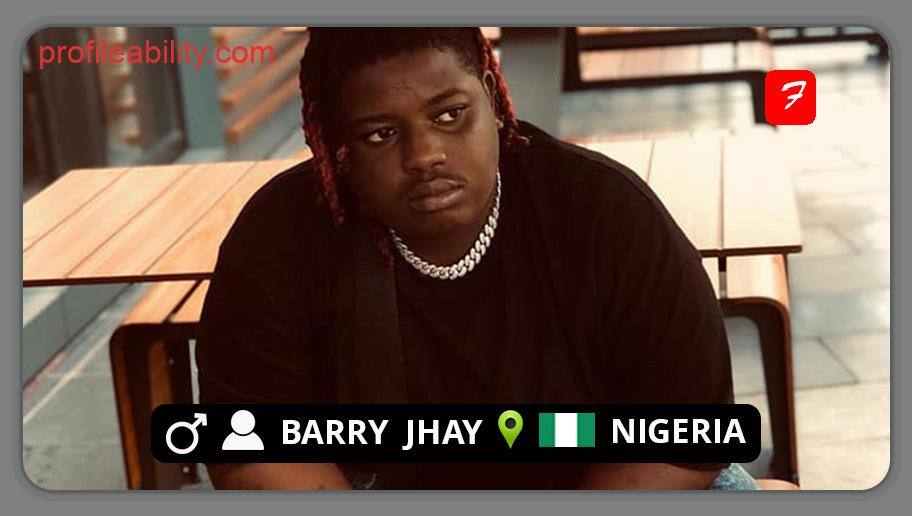 Barry Jhay, real name Oluwakayode Junior Balogun is a Nigerian Afro-Pop musician/songwriter born on the 13th of February 1993 in Ibadan, Oyo State, and is from the lineage of the great legendary FUJI icon, Sikiru Ayinde Barrister. He is a gifted, creative, and prolific songwriter who is attempting to make a mark on the music world and establish himself as one of the best in his genre. Barry went to primary school in Oyo state. He did not, however, attend college and instead began his profession as a musician and sound engineer.

On the 28th of February 2020, he released an album titled “Barry back”, and he is currently signed to Cash nation entertainment. Among his songs are “Normal Level,” “Olodo,” “Ashe She,” “Go Down,” “Melanin,” and “As” and has featured the likes of Settup, Tiuns, Bad Boy Timz, and many others.